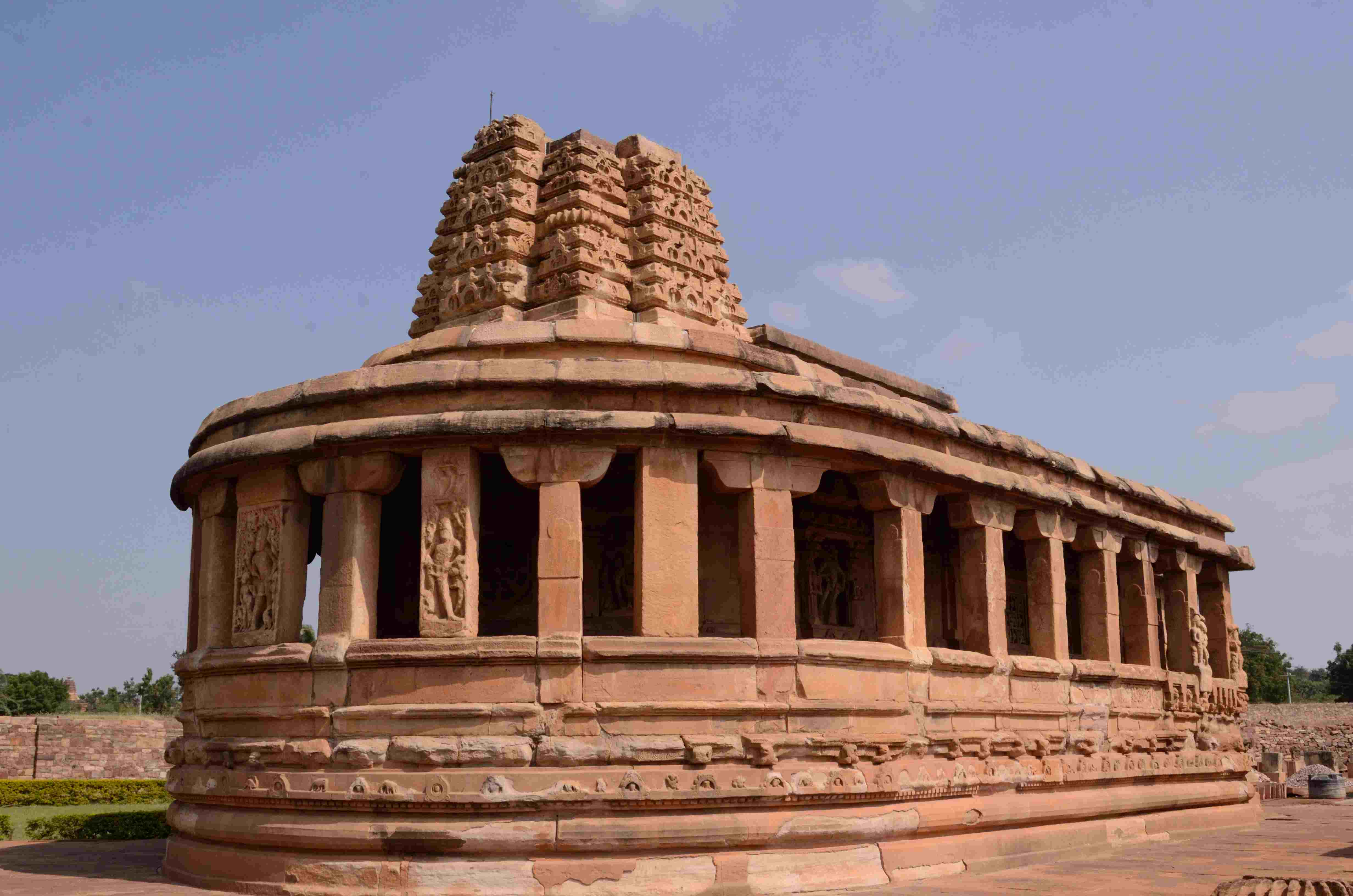 Aihole in a glance

Well known as the temple complex of Karnataka and home to about 100 temples this city is a popular tourist destination. Many temples and monuments of historical, mythical and archaeological significance lie in this region which is a perfect place to visit in the weekend getaways. The distance from Bangalore to Aihole is 487 kms and is a perfect place to visit near Bangalore with a lot of things to do over a weekend trip.

How to reach Aihole

The closest airport from Aihole is the Hubli airport situated at a distance of 106 kilometers from Aihole.

The nearest railway station is almost 34 km away in Bagalkot.

Many state and private owned busses provide shuttling to Aihole from nearby cities and towns.

Places to visit in and around Aihole 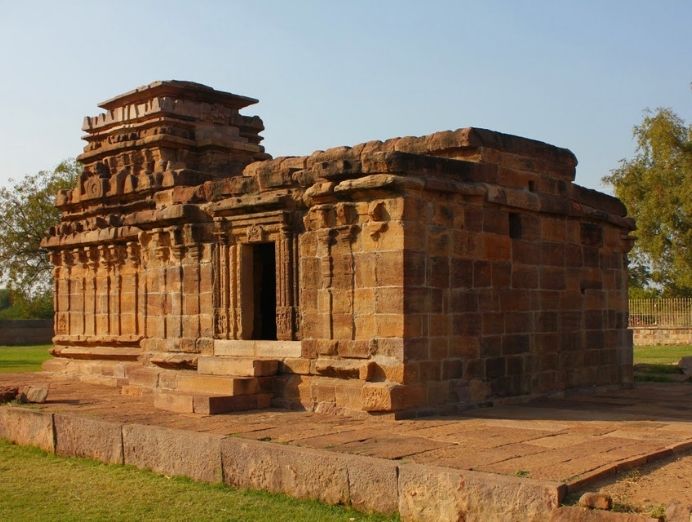 Dating back to the 10th century and in much proximity to the Aihole Fort are the Ambigera Gudi group of temples is a beautiful place to visit near Bangalore. The temple got its name from Ambiger (boatsmen) who used to live near the temple. This complex has got one main temple with 2 smaller shrines. 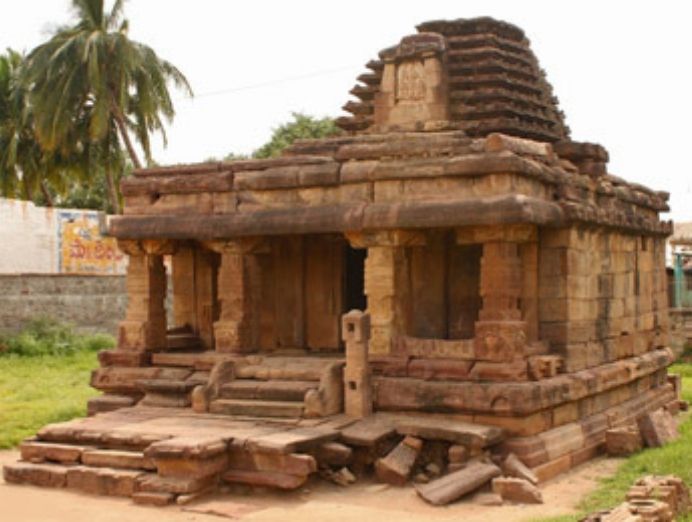 This 9th century temple was originally built as a Surya temple and one finds a rekhanagara tower, watching over the structure. Badigera Gudi underwent many changes between 11th and 12th centuries 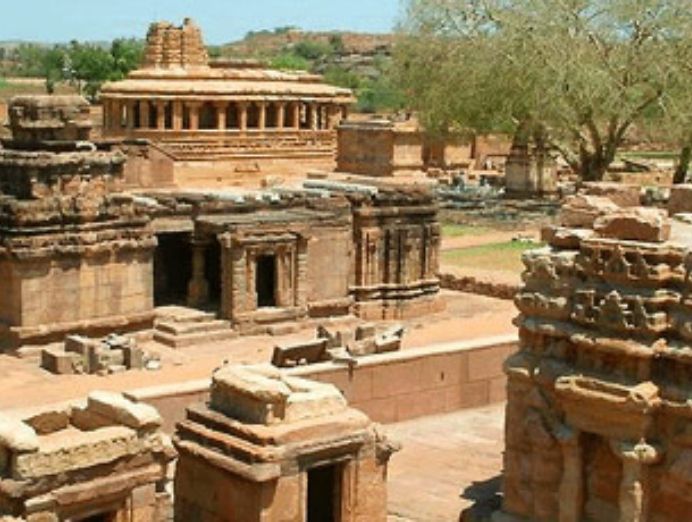 An instance of the Kalyana Chalukya style of architecture, this group of temple dates back to sometime in the middle of the 11th and the 12th centuries. The central structure here is said to be the Trikutachala Temple, housing three shrines. 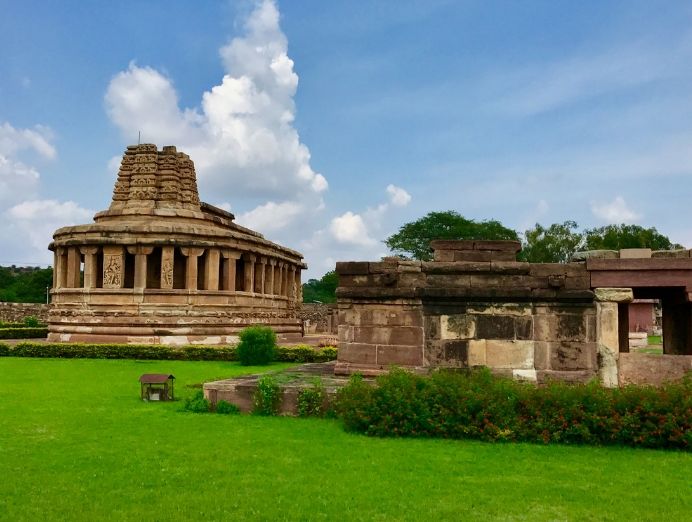 In much proximity to the Ambigera Gudi Group of temples, is the Chikkigudi group of temples stands out from its surroundings, given its size. It was established around the 7th century AD and consists of a mantapa, a front hall and a shrine. This group of temples is the biggest in this region and should be there in the places to visit around Bangalore.

A significant temple in Aihole, the temple derives it name from proximity to a ‘Durg’ or Fort and not from Goddess Durga, as it is often misunderstood. This is the most famous temple in Aihole. Build between 7th and 8th centuries by Chalukyas, the temple plan in U shape resembles that of Buddhist Chaitya halls.

On the banks of River Mahaprabha, is the Galaganatha group of temples, which houses 38 shrines, most of which are lost to ruins. However, one can visit the Galaganatha Temple, which has retained much of its structure and holds a shrine of Lord Shiva. This temple group is located on the bank of river Malaprabha. 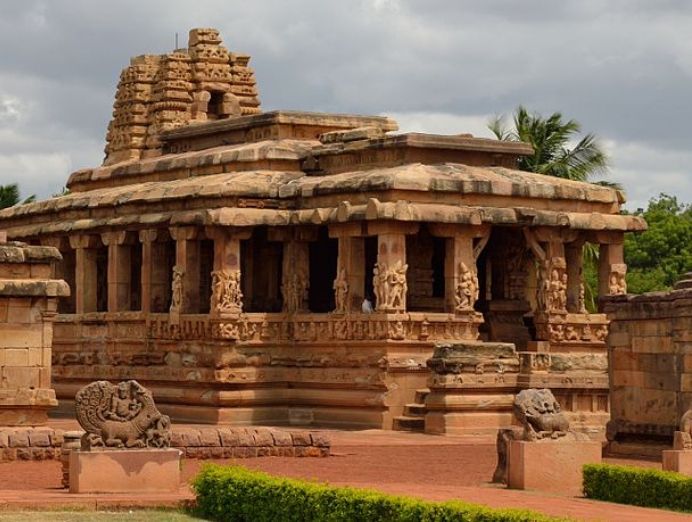 A 12th century temple, built in a style similar to that of Lad Khan Temple with elements borrowed from the Kalyana Chalukya style, is a temple dedicated to Goddess Bhagavati. It is of architectural interest, with 16 pillars on the outer wall.

A structure, modest in size, houses depictions and instance of Ganga and Yamuna in its carvings at the entrance. One can always plan an interesting thing to do around Bangalore like looking through the ruins of this building!

Dating back to the 8th century, this temple is located on the way to the Malaprabha River. The interiors of the temple are replete with multiple intricate carvings, including a beautiful carved image of Nataraja on the ceiling.

Estimated to be built between 6th century AD – 8th Century AD, this temple has shrines dedicated to Lord Shiva, Vishnu and Brahma. It is located to the north of the village of Aihole. The ceiling has an image of Karthikeya riding peacock.

Dating back to the 11th Century, the structure built in Kalyana Chalukya style of architecture houses a number of shrines and a Parshvanatha idol. It is an interesting place to visit near Bangalore, with few temples still being used as places of worship. 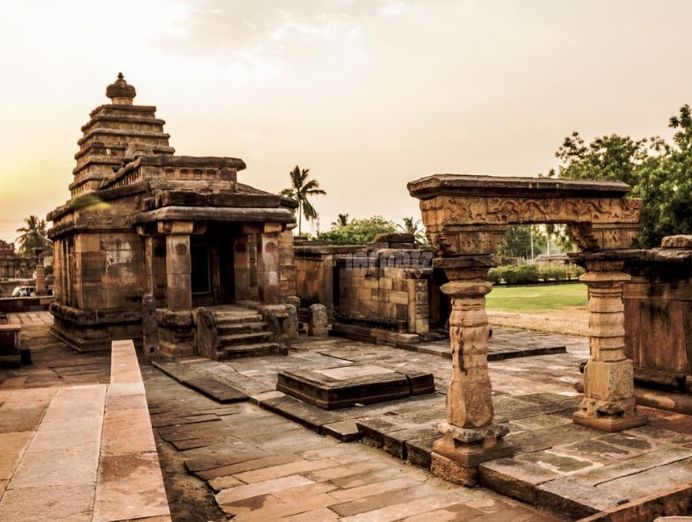 Situated at the south-west of the Ravanaphadi Caves, this group of temples dates back to the 8th century to 10th century. One finds Kadambanagara towers in some of these while inscriptions from the Kalyana Chalukya period in some. Dedicated to Lord Shiva, the complex has several small to medium temples, most of them in ruined state.

The Kontigudi group of temples consist of four separate temples, built in the 7th century with a few additions in later years. These temples are located in the middle of the Bazaar of Aihole. These temples have images of Vishnu, Brahma and Shiva on the ceilings. 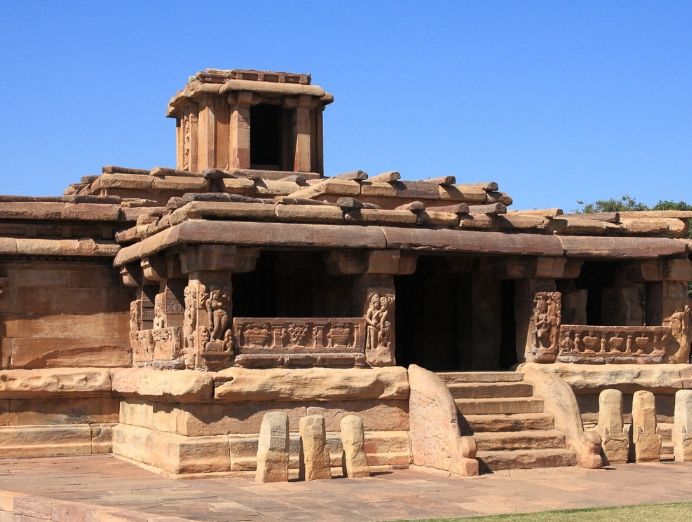 One of the temples that have stood here for the longest of times, the Lad Khan Temple is one of the oldest in Aihole – believed to be build in 5th century AD by the Chalukyan ruler Pulakesi I. The temple is dedicated to Lord Shiva and is named after a Muslim Prince who resided here for a while. The inner sanctum houses a Shivalinga.

Housing the only dated structure in the entire cluster of ancient temples that the village houses, this group, hence marks an early presence of the Dravidian style of architecture. Nestled among this group is the famous Meguti Jain temple whose origin can be traced back to 634 AD. A small cave is located on the south-east side of this complex, which has engravings of ruler Bahubali.

This is an 11th century Shiva temple, with external walls carrying impressions and depictions of Vishnu, Nataraja, Ganapathi. This is one of the well preserved temples in Aihole. This temple too, like most in this region, is dedicated to Lord Shiva. 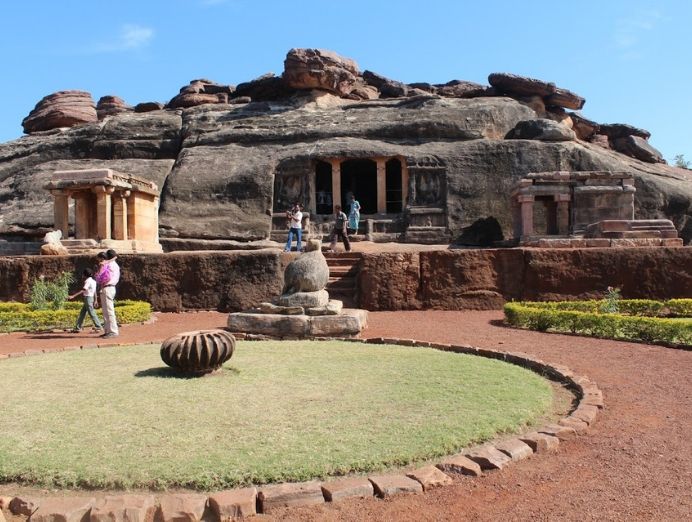 This is one of the oldest rock cut cave temples in Aihole, having its origin in as early as the 6th century. A Shiva Linga is situated inside this temple and is endowed with various carvings of Lord Shiva.

This temple dates back to the 7th or 8th century. A 2 feet idol of Lord Shiva is present there, along with his escorts- Usha(Dawn) and Sandhya(Dusk). It is truly an intriguing place to visit near Bangalore.

One can find an idol of Nataraja in these temples dating back to the 11th century. These temples are currently in state of ruins mostly, but one can plan a picnic on the fields surrounding this complex.

On the banks of River Malaprabha, is this group of 8 temples dating back to the 12th century.

What to Eat in Aihole :

The options for food and cuisines here are somewhat limited here. The handful of restaurants that you might here serve mostly vegetarian South-Indian food is a great place to visit near Bangalore for every food lover. Tourists could make arrangement for accommodation and food in Badami, which is the nearest town to Aihole and can be reached by road within 40 minutes. One might chance upon a few local delicacies such as Dosa, Bisi Bele Bath, Akki Roti, Jolada Roti, Idli, Vada, Sambhar, Mysore pak etc. as an exciting things to do around Bangalore.