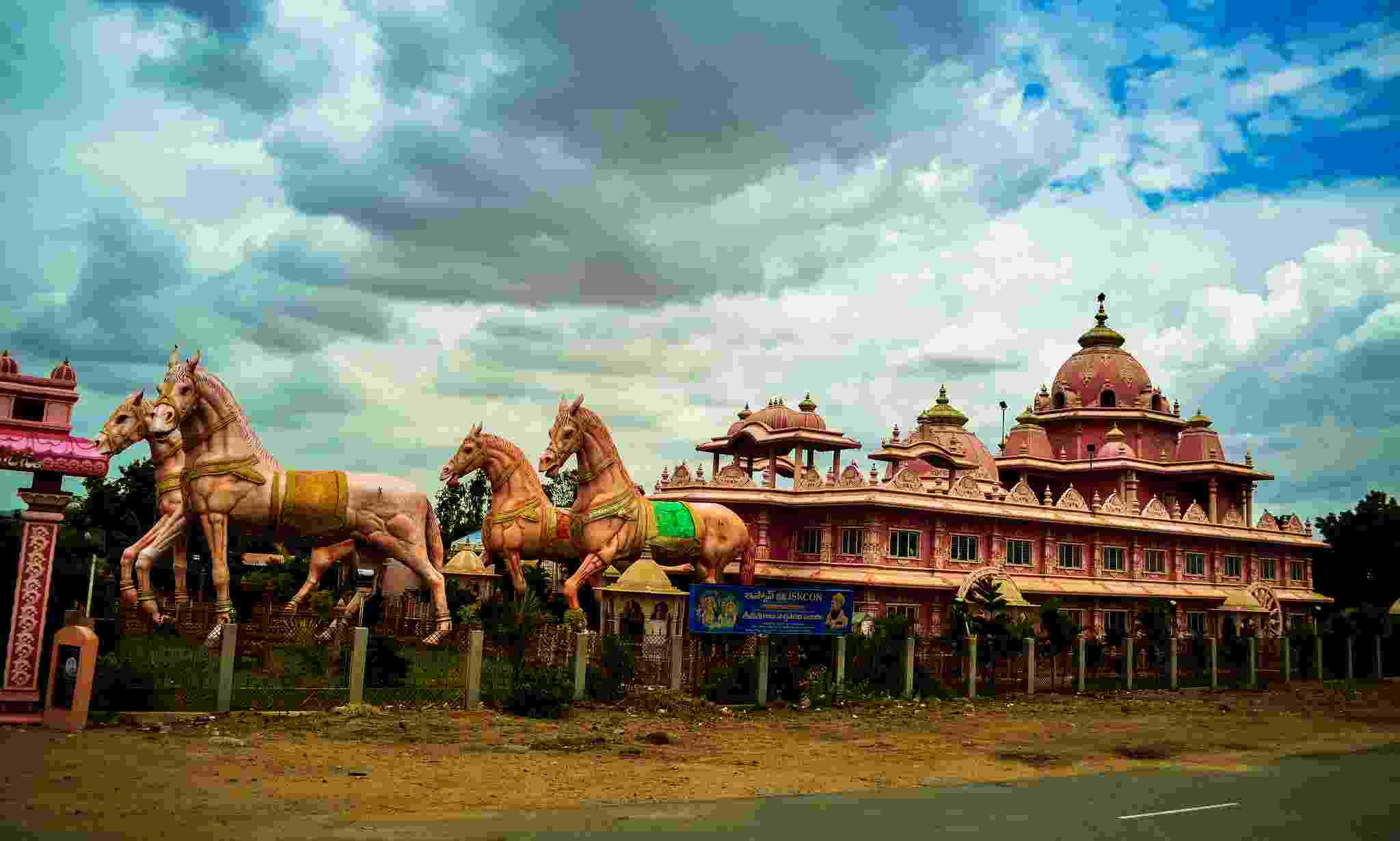 Things to do in Anantapur

Anantapur glows with Indian History and other things that makes India one of the greatest countries in the world. This place is very rich in several aspects like culture, arts, mineral wealth, horticulture, etc. With the government of Andhra Pradesh rapidly promoting tourism in the state, a weekend trip to this city of great cultural importance will surely enlighten you. The distance from Bangalore to Anantapur is 215 kms and is a perfect place to visit near Bangalore with a lot of things to do over a weekend trip.

How to reach Anantapur

The closest airport is the Bangalore airport located at a distance of 185 kilometers.

Anantapur is well conected by trains from across the major cities of the country.

Anatapur is well serviced by a wide range of private and state run buses.

Places to visit in and around Anantapur

The Anantapur Clock Tower is the landmark of the city Anantapur. It was built during the time India got freedom and to this day, it stands tall. This beautiful place to visit around Bangalore, clock tower is in the middle of the road. Another popular place to visit near Bangalore is the Bugga Ramalingeswara Swami Temple. Dedicated to Lord Shiva, the temple is also known as Ramalingeswara Swami Temple. This shiva shrine is built in all architectural splendor during the Saluva rule of Vijayanagara Kingdom. The temple was estimated to had been constructed between 1490 and 1509. There is an interesting story associated with the Shiv Ling here. Present day temple is the renovated one by British. This place is a must visit zone in Anantapur near Bangalore.

A recent addition to the array of tourist spots Anantapur offers is the Idol of Lord Hanuman. Built several feet high, the idol is magnificent and can be seen from several kms far too. There is a temple there, for those who wish to pray. 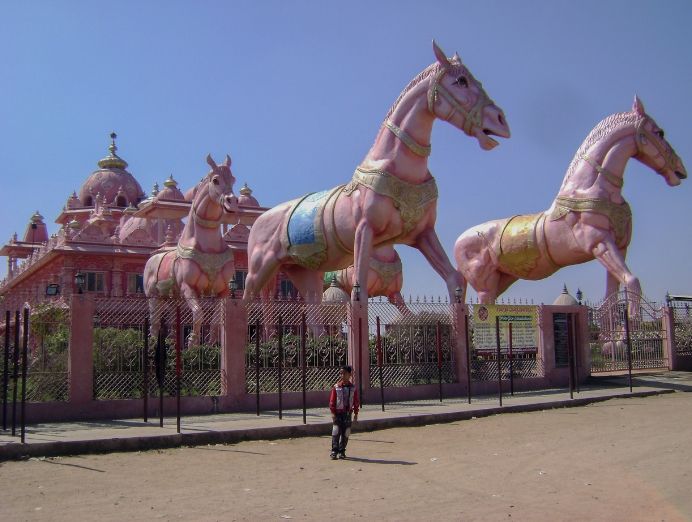 Like all other Iskcon Temples (honour of Lord Krishna) built around the world, the one at Anantapur is just as beautiful. The temple is in the shape of a horse drawn chariot, with statues of four huge horses in front of the temple. 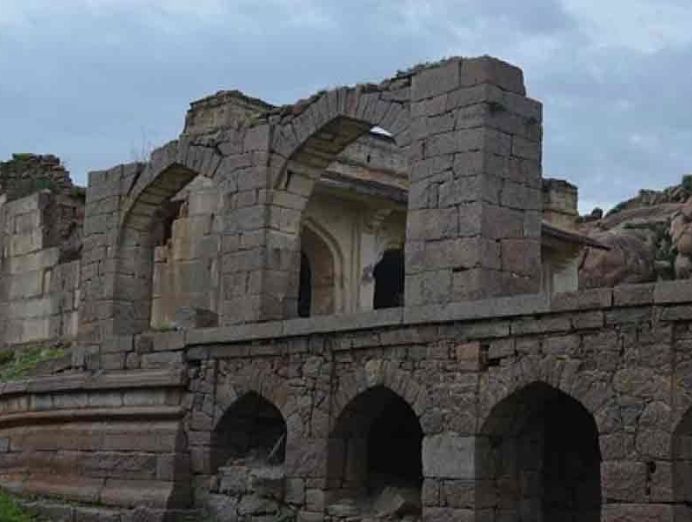 The Penukonda Fort is one of the main attractions of Anantapur. Located at a distance of nearly 70-kms from Anantapur, the fort derived its name from the word Penukonda, which literally means big hill. The structure of the fort shows the splendid sculptural beauty and skilled workmanship of ancient times and a perfect place to visit near Bangalore. According to the history, the Penukonda fort was the capital of Vijayanagara Empire for a short period and it is almost inaccessible to the enemies.

At a distance of around 50 kms from Anantapur, the Ravadurg Gooty Fort is one of the oldest hill forts of Andhra Pradesh. The fort structure replicates a shell. The fort is full of inscribed walls, pillars and doors. The fort offers a striking view of the town below and is believed to be built earlier than 7th century AD.

A few shopping malls are present, but the local goods like the famous Lepakshi handicrafts, scultures, toys handlooms etc. are available exclusively here.

One of the most interesting places in Anantapur is the Thimmamma Marrimanu. The place is named after an ancient banyan tree that still thrives in this region. The tree was named after a righteous lady Thimmamma, who served her ailing husband devotedly. The tree is believed to have been sprouted around 600 back. Its branches spread over 5 acres, with a canopy of 19,107 square metres and is recorded as the biggest tree in the Guinness Book of World Records in 1989. 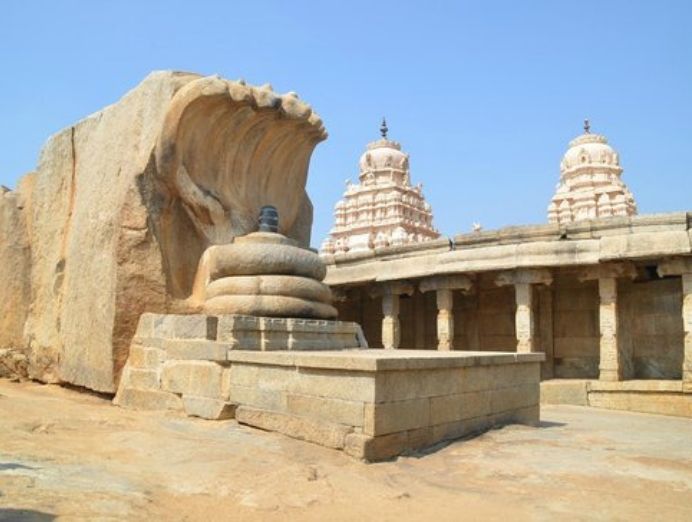 Veerabhadra Temple is located in Lepakshi village, which is 15 km east of Hindupur in the Anantapur district. Dedicated to Lord Veerbhadra, the temple was built back in 16th century. It is an example of the Vijayanagar architectural style. Points of interest in the temple include a rock chain, Vastu Purush, the Padmini race lady, the hanging pillar etc. The paintings on the roof are made with natural pigments.

What to eat in Anantapur :

Anantapur (Anantapuram) is famous when it comes to food. There are various things to do around Bangalore with options available for people to choose from. Also a lot of these restaurants are located around the clock tower. Anantapur serves you with their large platter of spicy and tangy snacks. Attirasalu is a fried rice based vada with jaggery. It is a famous street food of this region. Masala Borugulu, on the other hand, is made of wet rice flour mixed with green chillies and fried in deep oil. Then there is Pakam Undalu made of ground flour and steamed rice mix. Panasa Puttu Koora (made from jack fruit husk), Chicken curry, Shikampuri mutton kebeb are few of the many local dishes to try.

Jumaring @ Bheemeshwari by Escape to Explore