Bundi at a glance:

Bundi is a town in the Hadoti region of Rajasthan state in northwest India. It invites a lot of tourists because of the famous Taragarh fort which towers over the city and a lot more attractions of the beautiful town.

How to reach Bundi:

By Air: Sanganer Airport of Jaipur is at a distance of 200km to Bundi. one must hire a cab to reach Bundi.

By Rail: The nearest railway station to Bundi is the Kota Railway Station which is at a distance of 35 km. There are several trains from between Kota and other major cities of India.
By Road: You can book a cab or take a bus to reach Kota railway station. one may take rental cabs also.
Places to Visit on things to do in Bundi 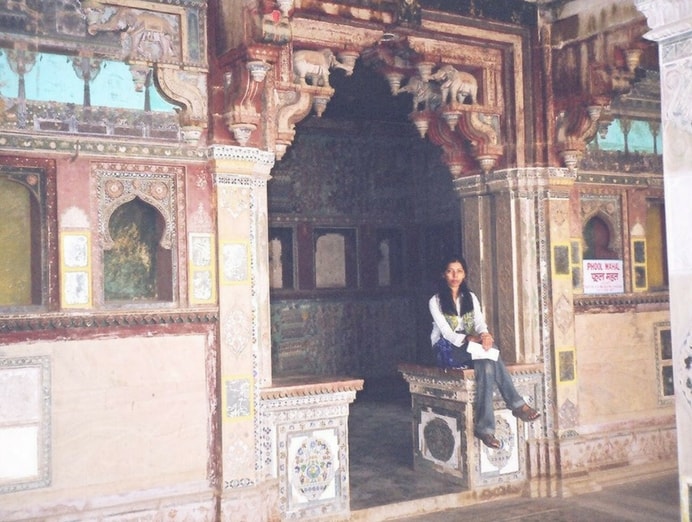 Popularly known as the Palace of clouds is the highest point of Kumbhalgarh Fort. This two storey palace is parted into two interconnected mahals called the Mardana Mahal and the Zanana Mahal. Rooms of the mahal painted with pastel-colored murals depicting the period of the 19th century. 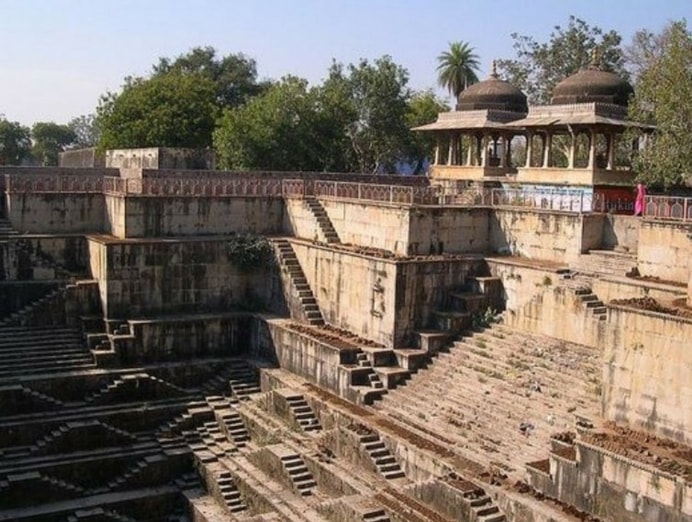 All around Bhoraji-ka-Kund is verdant meadows and lush grass. A perfect place for the nature lover. a lake is located nearby which has water most of the year. people are found relaxing by the lake and feeding fish. 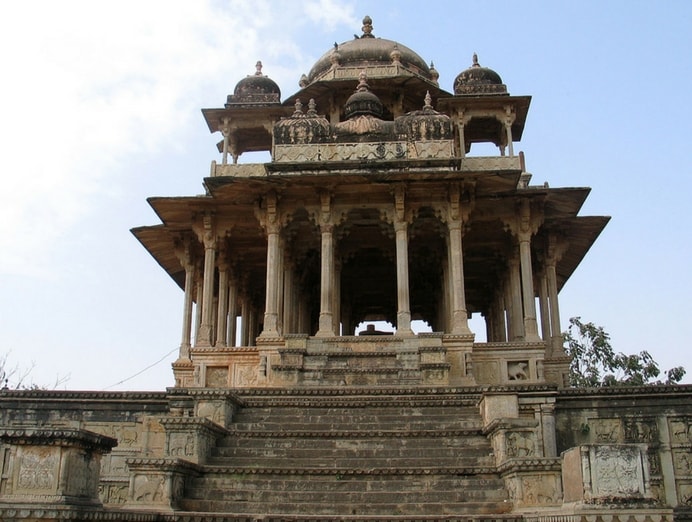 Also known as the “84-Pillared Cenotaph” is a chhatri located in Bundi town. It is so-called because it is supported by 84 pillars and has a large shivling covered by a decorated rooftop. 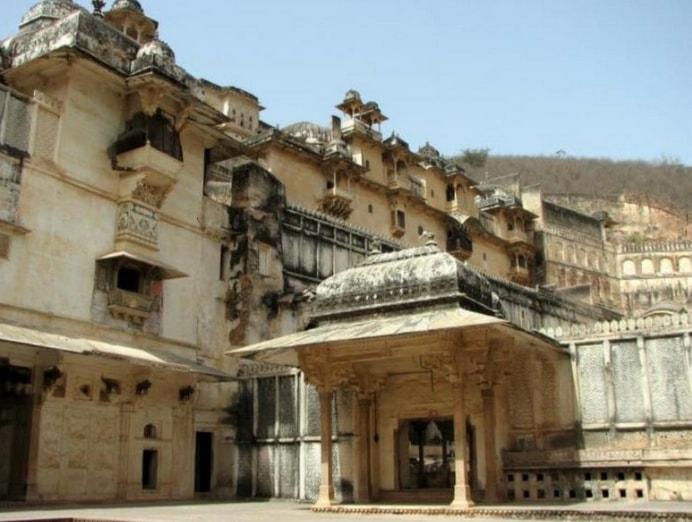 Chhatra Mahal was more like a haram of Bundi emperor where the queens used to live and only the Maharaja or their sons were allowed to enter. The hall inside the veranda has a door with ivory inlay work. The frame around the door has mirror inlay work. The courtyard has also got small pigeon holes which were used to house messenger/courier pigeons. You can get a good view of Nawal Sagar and the town from this courtyard. 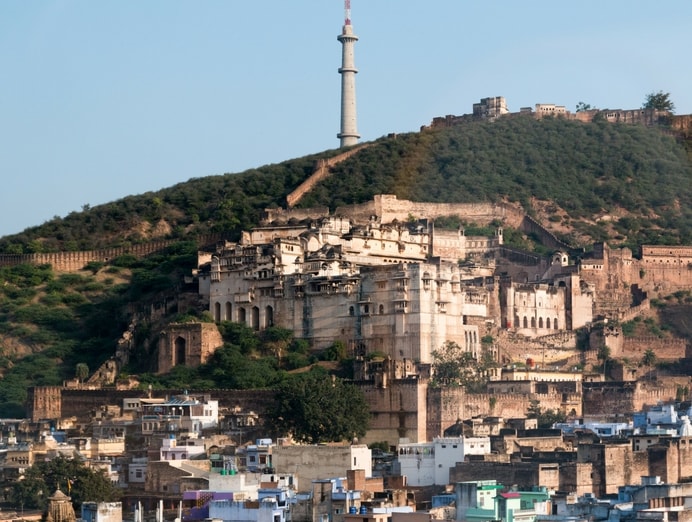 The murals in the palace are exquisite and fascinating. It is a heritage marvel of Rajasthan. 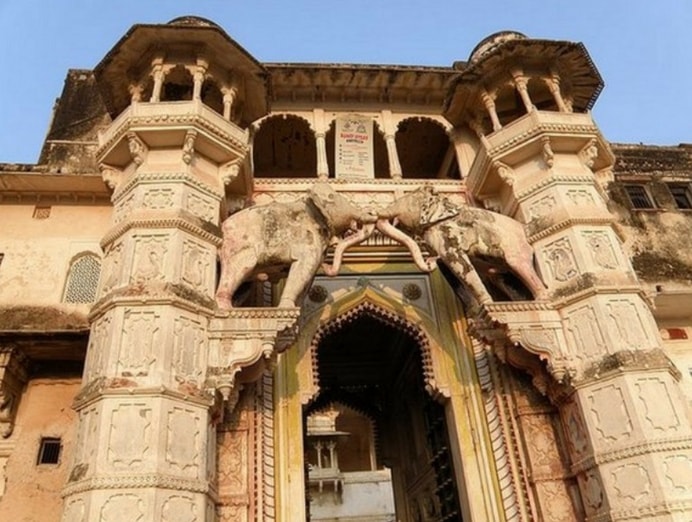 It is one of the major bazaars of Rajasthan which is the most ideal place for shopaholics and for photo-fanatics. The colourful Bazaar which is always bumbling with activities by people from different walks of life. This bazaar has the lastest and trending brands of the country to showcase. 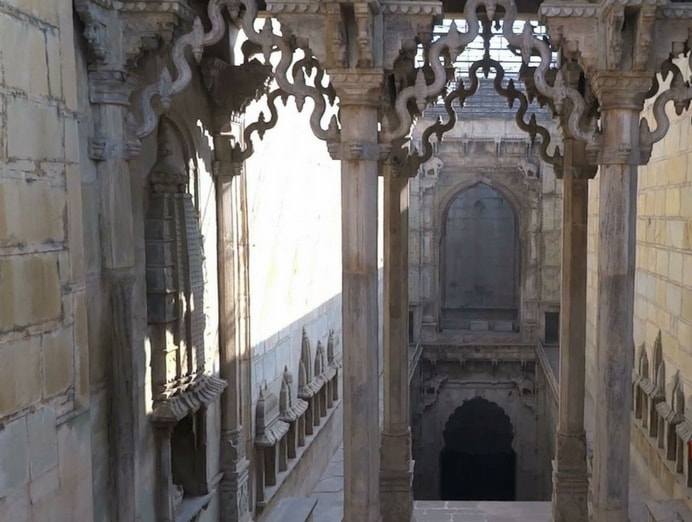 It has a beautiful looking palatial room, complete with coloured window glasses and decorated ceilings, which is adorned with gold leaves, seashells and mirrors. It has the royal throne known as the Srinagar Chowki. 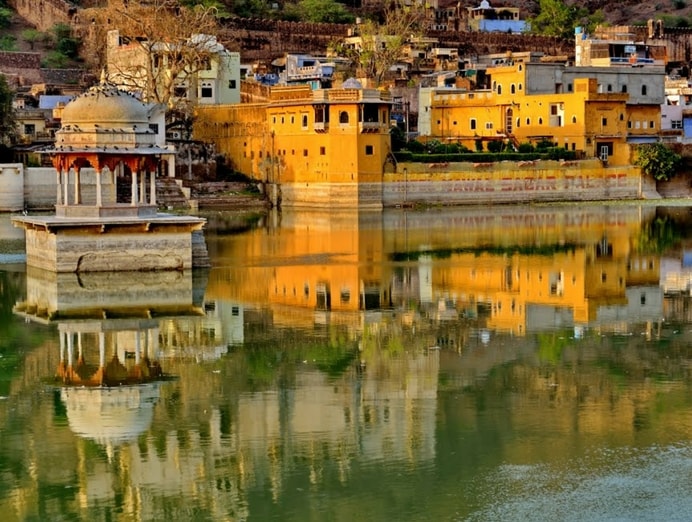 Set in the heart of the town, Nawal Sagar Lake is a major tourist attraction of Bundi. The lake is all around surrounded by different baoris (stepwell). 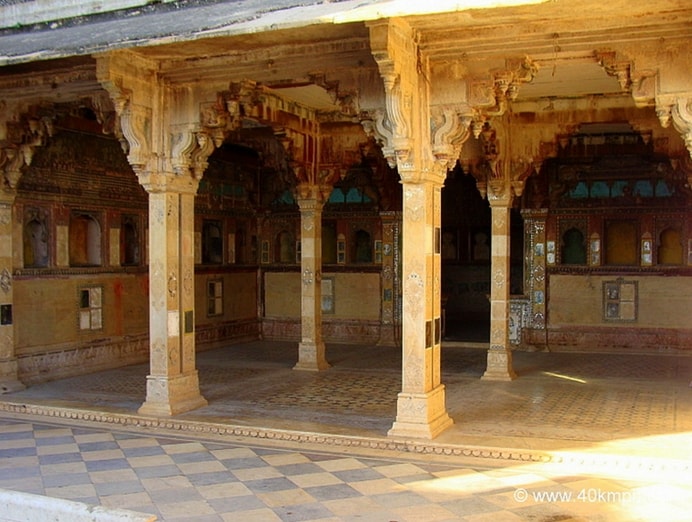 Originally the Payandaz Bagh or the garden at the foot of the fort, this pleasure garden of the Maharajas of Kishangarh was a source of inspiration to a number of famous Kishangarh miniature artists like Nihal Chand and it’s easy to identify it in many paintings of the 17th century.

Shikar Burj is one of the best tourist attractions in the picturesque city of Bundi.  It is actually an old hunting cottage owned by the rulers of Bundi. 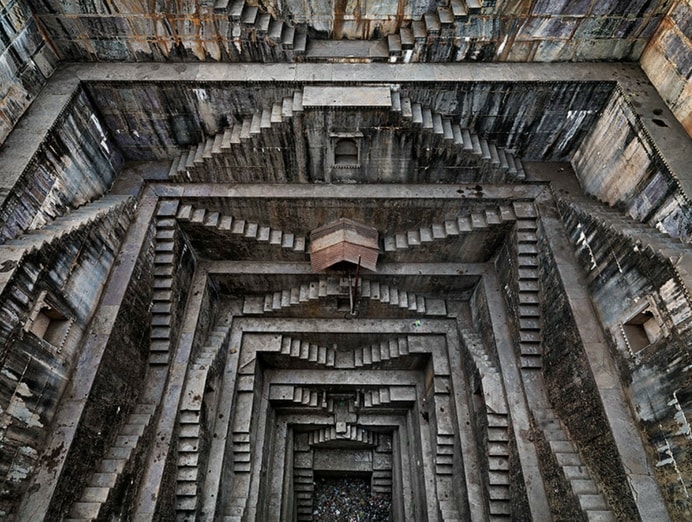 Chand Baori stepwell is one of the most failed to notice incredible landmarks in the country, consists of 3,500 narrow steps over 13 stories making it one of the deepest and largest step wells in India. It is must visit place in Rajasthan. 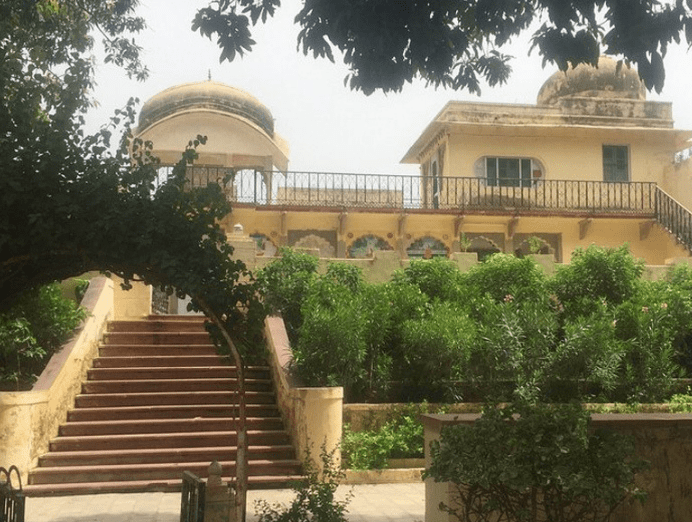 The main attraction of Sukh Mahal is a white marble Chhatri or an umbrella. This magnificent umbrella stands on the roof of the second story of the Sukh Mahal. 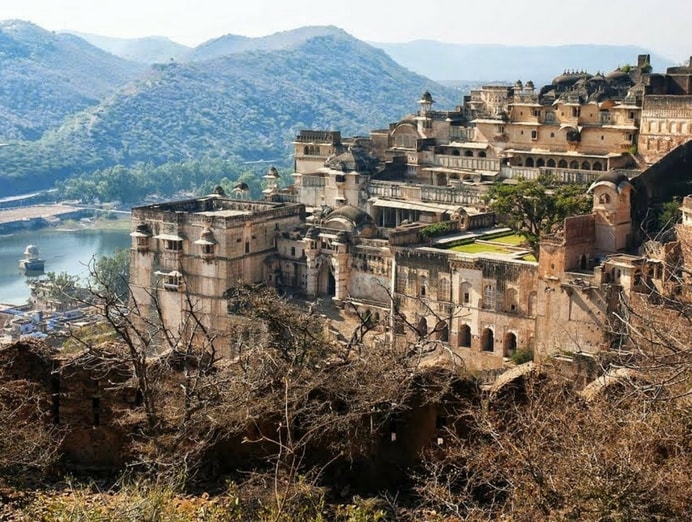 It is one of the most impressive structures in the city of Ajmer. The three gateways to the fort Lakshmi Pol, Phuta Darwaza, and Gagudi ki Phatak are most impressive gateways. It also has Miran Saheb ki Dargah who was the governor of the fort.

Where to eat in Bundi

On the way to the fort keep an eye out for this tiny shop that serves the creamiest lassi you can have. Sathi’s concoction of blended yoghurt made from full-fat buffalo milk, pistachios, saffron, cardamom among others, would make you keep coming back for more till you are in Bundi.

This place is one of the most romantic restaurants in the city. You can either eat in the sheltered terrace or rooftop that’s lit up with candles and you get an amazing view of the floodlit Bundi palace above. The food served here is vegetarian but there’s enough variety to keep anyone happy who likes Rajasthani or north Indian food. Jams are also a speciality here.

This lovely spot is almost like those postcard English country gardens. Give yourself a break from sightseeing and gorge on its fresh and reasonably-priced food – ranging from local cuisine to European fare. The coffee here could well be one of the best you ever had, with the mocha being exceptional. Just order some fresh cakes along with it and spend hours admiring the tranquil view.

Bundi’s street food is famous for its chai and pakora.