Music has the power to heal the soul and unite distant hearts. Listening to music on the phone or on television is the way to relax for many people. However, only a real music fan would understand the happiness of listening to music on a live show. Music festivals are organized in various parts of India where singers and musicians from around the world show their talent. For travelers and music lovers, this proves to be a golden opportunity as they explore new places and enjoy the diverse mix of music.

Top music festival to attend in India this New Year 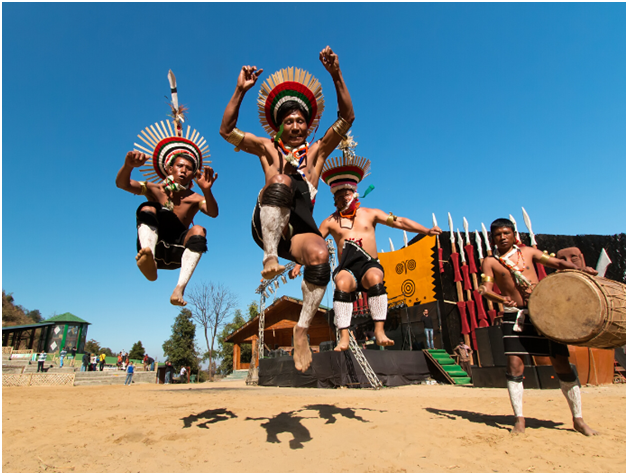 One of the largest music festivals in the country, the Hornbill Music Festival is a seven-day cultural festival that takes place amidst panoramic views of Kohima in December each year. The festival is an initiative of the Nagaland state government to show the world the talent of the diverse multiethnic tribes of Nagaland. It is a platform for upcoming bands and artists from the Northeast to meet musicians from different parts of the country. 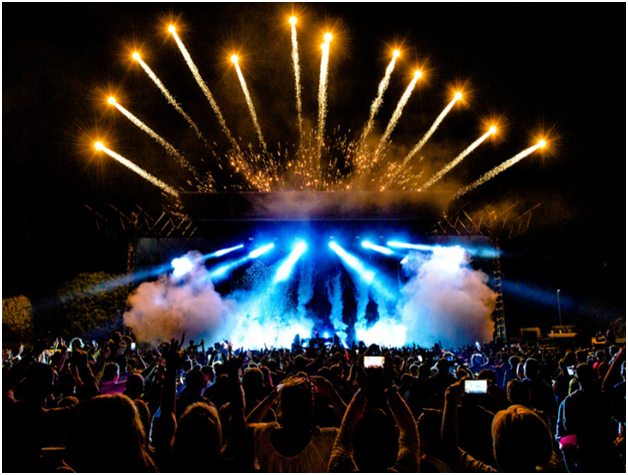 Situated on the magnificent Alsisar Mahal in Shekhawati, Rajasthan, Magnetic Fields is an impressive three-day music festival set amidst the grandeur of the golden triangle formed by Bikaner, Jaipur and Delhi. The festival is held in December. Over the years, Magnetic Fields has earned a reputation for a boutique festival experience in India. The festival aims to promote the coolest sounds in the country and offers them a platform to enter the music industry by casting them alongside music legends. 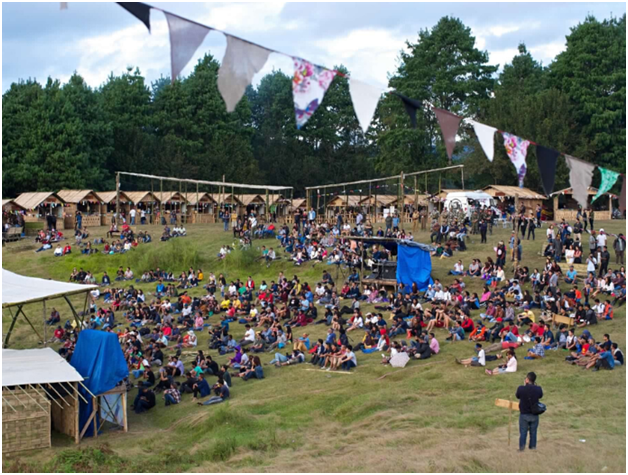 Held at an altitude of 5,500 feet in the Ziro Valley, the Ziro Festival takes place in September, attracting thousands of tourists who love the beautiful mountain and pine scenery. The festival aims to encourage communion between musicians from northeast India. Since its launch in 2012, the Ziro Festival has served as a platform for artists to meet other artists. The idyllic location of Arunachal Pradesh is perfect for such a friendly and ecological event. 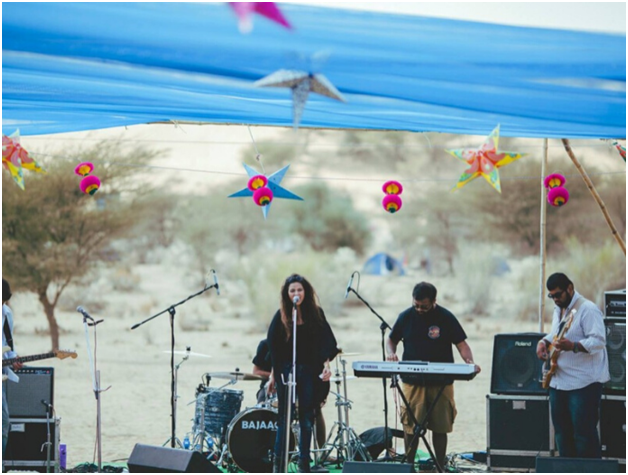 Nestled in the Jaisalmer Dunes, it is a three-day musical gala that provides an exciting camping experience in the mighty Thar desert, under the starlit sky and digging in authentic Rajasthani cuisine. The festival promotes eco-tourism and encourages the preservation of Rajasthani culture. The organizers do not disclose the programming of the performances, because they want to attract the public by the quality of the performances and not by the big names. The festival promises performances full of audio and visual excellence. 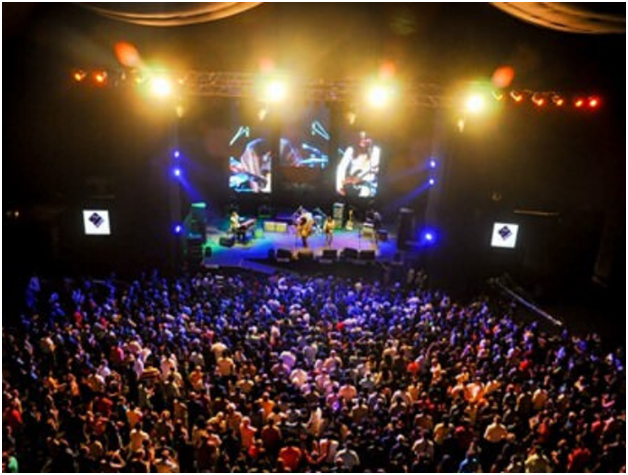 Asia’s biggest blues music festival, the Mahindra Blues, takes place in Mumbai every February. The festival has promoted the local blues community by bringing established blues artists from around the world and sprouting blues artists in India on a common platform. Tourists can also enjoy the local food and bustling nightlife of the city along with this elite music festival. 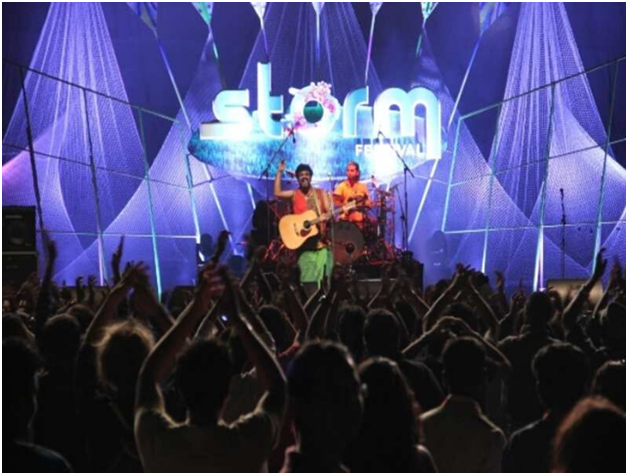 Celebrating various music genres such as folk, indie and electronic; This music festival is organized on the outskirts of Bangalore for three stunning nights. Held in January each year, Storm is known for its vast lush venue, which offers a unique blend of adventure sports along with live music. The festival serves as an example of an event with a cause, as well as entertainment, the festival promotes environmental sustainability at its location. Efficient waste management, recycling of used products and a strict non-plastic policy are the hallmarks of this environmentally friendly music festival. 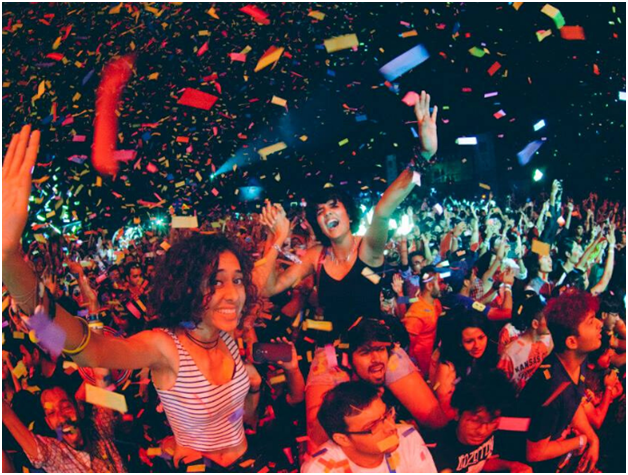 The magnificent music festival is considered to be India’s most organized indie music festival, thanks to its superior production quality and impressive array of artists. The musical extravaganza features top notch security, health facilities, information booths, restrooms, food and beverages. The performances here are a mix of rock, indie, metal and ethnic fusion music. NH7 occurs in the cities of Pune, Bangalore, Calcutta and Delhi for three days. 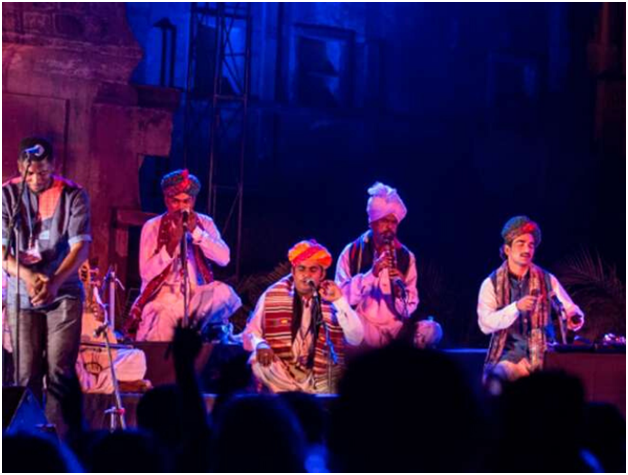 Featuring traditional folk music and arts from Rajasthan, this international festival of folk music takes place at the glorious Mehrangarh Fort in Jodhpur every October and is organized during the period of Sharad Purnima, the brightest full moon night of the year. The festival provides an open stage for acclaimed folk artists and musicians from India and abroad. The sole purpose of the RIFF has been to familiarize the world with Rajasthan’s traditional musical heritage. 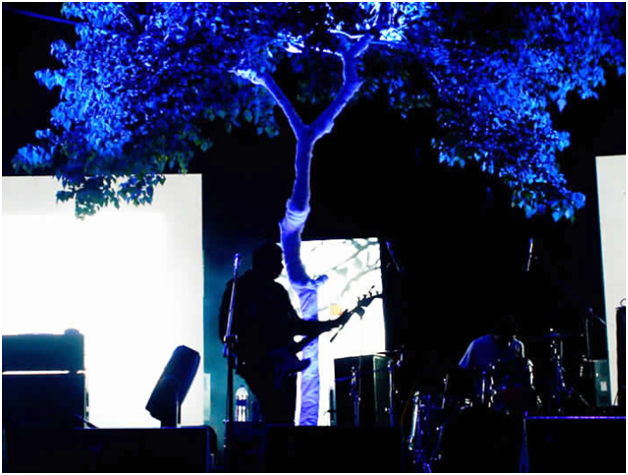 About 80 musicians decided to move away from New Delhi for a few days and chose a resort in the Himalayas to spend their days. His escape led to the birth of the Escape music festival. It is a three day festival held at the Lake Resort in Naukuchiatal, near Nainital. The festival features artists, bands, performance artists, photographers, painters, graffiti artists, tattoo artists, writers and potters together in this extravagance of talent. Escape is known for its quality music and hypnotic atmosphere, not celebrities. 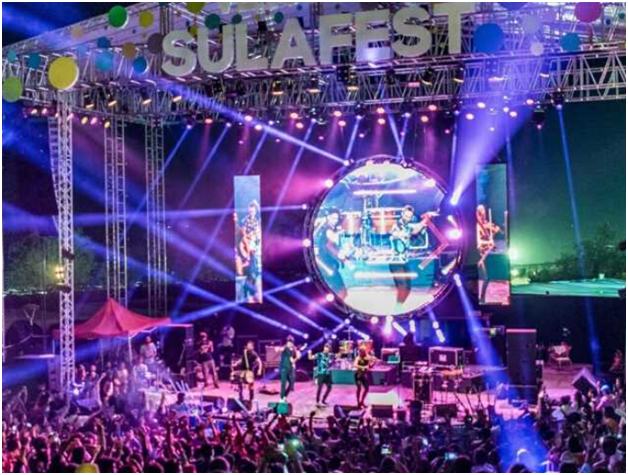 It is a festival of organic music, mounted under a banyan tree in an open-air amphitheater by a lake on the outskirts of Bangalore. The festival is an experience that connects the soul with nature. Representing an amalgam of western jazz with tribal folk music, renowned and lesser-known artists play together on a single stage from 7:00 pm to 7:00 am. The festival attracts thousands of tourists who are fans of the organic vibe.

India has always been a land of musical celebrations, with some ancient scriptures specifically devoted to music. Over the years, western music has made its way into the Indian music scene, and talented artists are combing traditional Indian music with western music to create something truly magical.

Things To Do In Bali