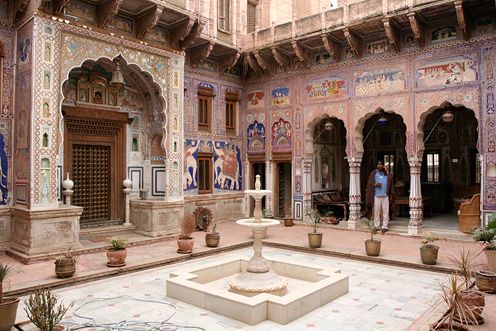 One of the most prominent temple in India dedicated to Sati, this temple sees pilgrims coming from all over the country.

Nadine cultural centreThis haveli used to be a property of the Deora family until 1999 when it was bought by a French artist called Nadine le Prince who modified and renovated the entire haveli and opened a cultural centre.

What to eat in Fatehpur : Local Food and CuisineThe restaurants mostly excel in serving Indian cuisines, however, they are predominantly north Indian and vegetarian.