Jorhat at a glance:

Jorhat is a city and one of the important urban centres in the state of Assam in India.

How to reach Jorhat:

Jorhat has its own airport called as Rowraih Airport. It is located 7 km away from the city. This domestic airport is well-connected to prominent cities of India like Banglore, Kolkata and Guwahati. You can easily board a flight to Jorhat airport and from there hire a taxi to reach the city.

There are two railway stations in Jorhat- Mariani Junction and Jorhat Town Railway Station. The former is the main junction of Jorhat city and is connected to major cities of India. It is located at a distance of 18 km from the city centre. It takes around half an hour to reach the city. While the latter is situated nearby at a distance of 2 km from the heart of the city. From both stations, you can easily hire a taxi to reach Jorhat.

There are regular buses and taxis available connecting Jorhat to cities like Guwahati, Shillong and Ahmedabad. The roads are considerably smooth. As per your budget, you can choose between types of buses operating between Jorhat and your city.

Places to visit in Jorhat: 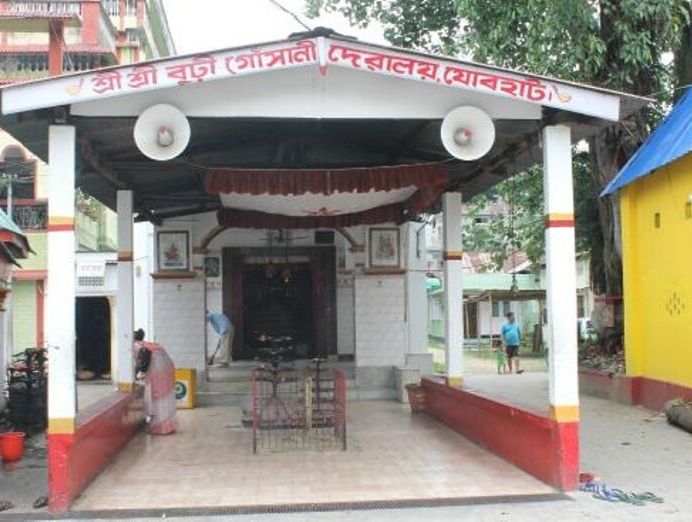 This temple is situated in the heart of Jorhat city and Burigosain is the presiding deity of the temple. Apart from this, another deity here is that of a priest. Both the deities were brought from Jayantiya and established first at Rangpur. Later, these idols were shifted to its present location. 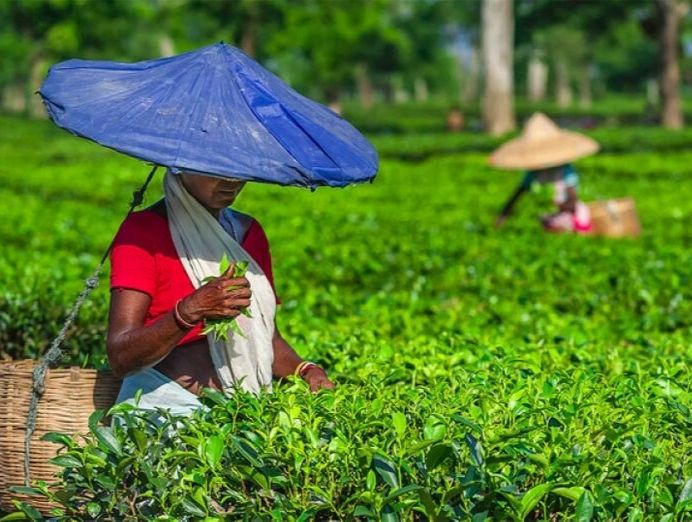 Maniram Dewan, a sirastadar of an assistant commissioner had established this tea estate in 1850. At that time, he worked under the British administration at Jorhat. The Cinnamora Tea Estate is the first tea estate of Assam !

Established by the saint and reformer Madhabdev in the year 1461, this is a famous Assamese temple just 4km from the main city. The saint reformer started this centre for preaching Vaishnavism. It is a large complex wherein various cultural and social programmes are held. 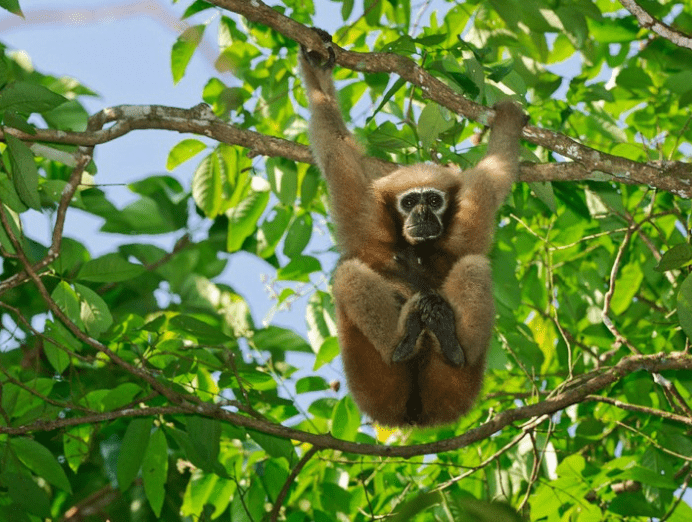 Located around 20 km from the main town, this isolated wildlife sanctuary is famous for its hoolock gibbon population. Surrounded by the Brahmaputra river on one side and with tea gardens everywhere else, this is a good enclosure for the 40 or so species of hoolock gibbons that reside here. 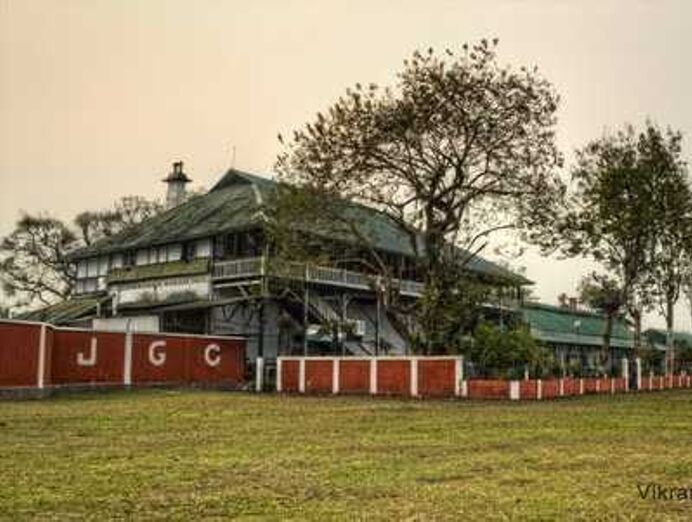 This is a fortified structure nearly 15km from Jorhat. It was constructed by King Pratap Sinha to protect his kingdom from the neighbouring kingdoms. The garh comprises three parts out of which, Mera Garh is at Majhuli. 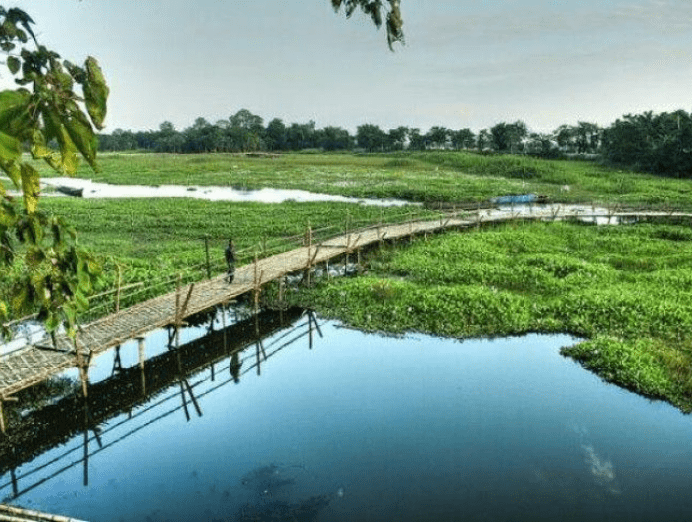 Majuli is a beautiful island located in the river Brahmaputra, close to Jorhat. This island is the biggest river island in the world and it attracts tourists from all over the world. 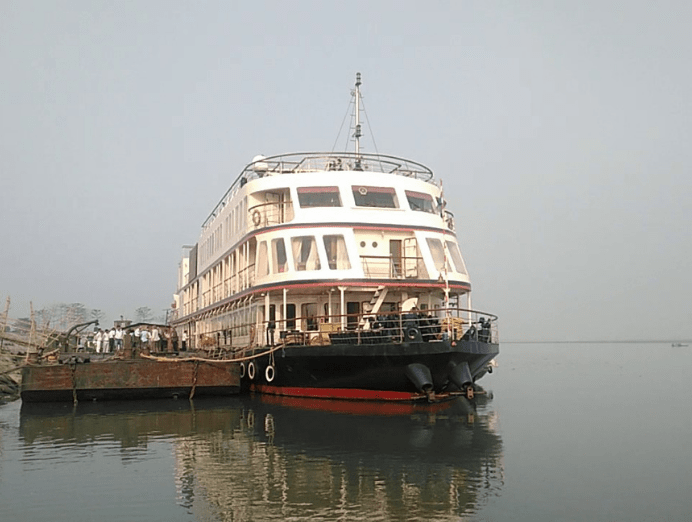 One of the most important ports of the state, the Nimati ghat serves as a link for ferry boats that operate from the river port to the Majuli Island, Kamalabari and Auniati. Located North of Jorhat, the beautiful Raja Maidam is a vault that preserves ashes of the erstwhile King Purandar Sinha. This maidam was constructed after his death, on 1st October 1894. It is now a pretty park. Sukapha Samannay Kshetra was constructed in the memory of Sukapha, the first Ahom king of Assam. An excavation is undergoing here hoping to find remains of the Ahom Kingdom.

What to Eat in Jorhat:

The food of the north-eastern states differs quite a bit from the typical spicy and rich Indian food. The food of Assam is mild in spices, with simple and little cooking and is very natural. In Jorhat, you can experience this Assamese food in its authentic and splendid form. The town will offer alr all the traditional sweets as well as sides to the course and an exquisite Assam’s thali, that one must try. The local cuisines of the state include Khar, Tenga, Laksa, Poitbhat, Pitika and more. Also other than the local cuisines one can chose from Chinese, Continental and North Indian menus.