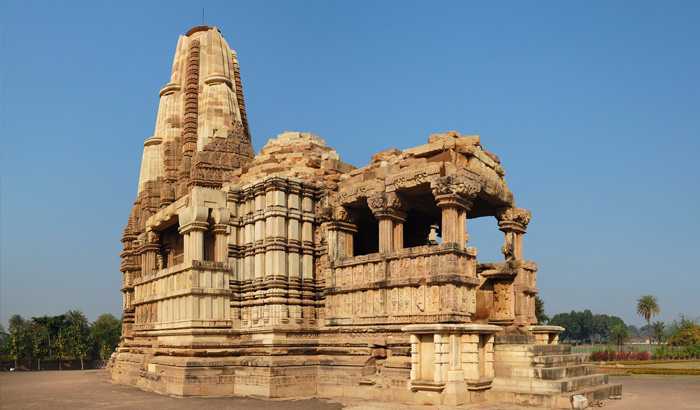 Khajuraho in a glance :

Khajuraho is a group of Hindu, Buddhist and Jain temples in Madhya Pradesh, about 175 kilometres southeast of Jhansi. They are one of the UNESCO World Heritage Sites in India.

How to Reach Khajuraho:

Khajuraho has its own Domestic Airport which connects to Delhi, Mumbai and other major cities of India.

It is well connected via Roadways. One can find many state and private busses offering shuttle services till Khajuraho.

Places to visit in Khajuraho 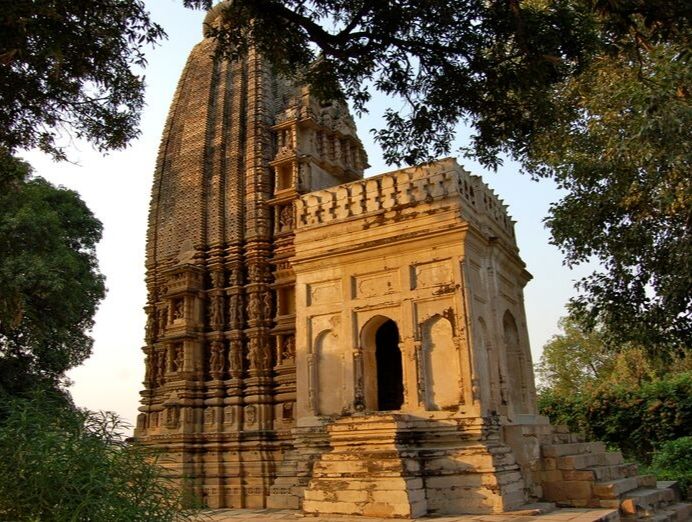 This is a Jain temple dedicated to the Jain God Tirthankar. With exquisitely sculpted figures, including yakshas this is one of the most beautiful Jain temples in Madhya Pradesh. 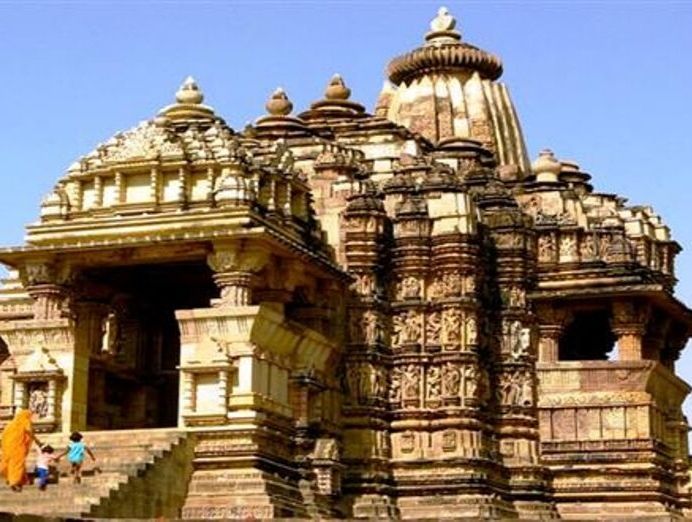 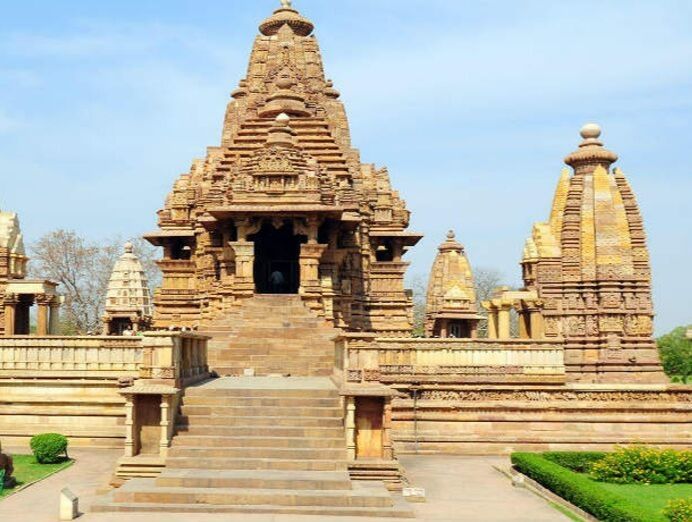 Built-in the year 1130 the Dulhadev Temple enshrines a beautiful shiva lingam and striking sculptures of Apsaras and other ornamented figures. The temple also has a stunning sculpture of Lord Shiva with his wife Parvati, the intricate details of the carvings adding to the charm of the overall architecture. 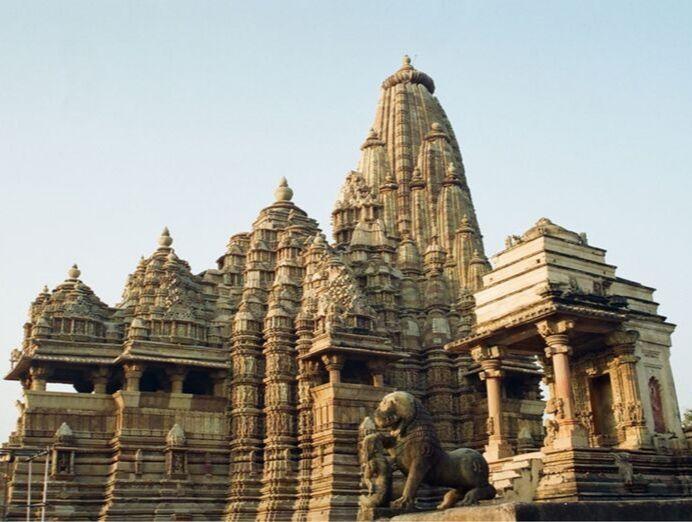 Built around 1025-1050 AD, this temple exudes grandeur and finesse in its architecture. With beautiful frescos of women in various postures adorning the walls of this temple, this place is one of the most stunning tourist’s sites in Khajuraho. 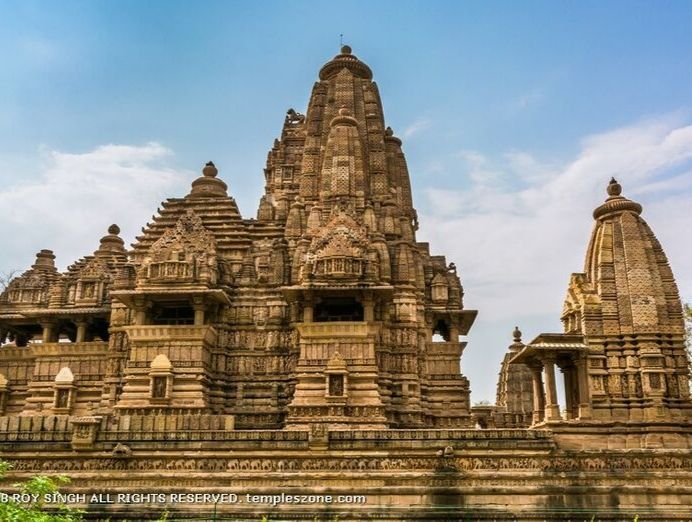 Dedicated to Goddess Lakshmi, the Hindu deity of wealth. This temple houses some moderate shrines and is comparatively smaller than the other temples in Khajuraho. This temple is the largest among the Eastern group of temples and has intricately detailed carvings on its walls. The most intriguing side of the architecture of this temple is the aesthetic blend of Hindu, Muslim and Buddhist styles. Dedicated to Lord Shiva, this temple is one among the western group of temples. It has a beautiful marble shiva linga as the main deity. An imposing image of Brahma is also housed in this temple. A massive sculpture of Nandi the Bull is also enshrined alongside the Shivalingam.

What to Eat in Khajuraho :

Khajuraho has countless delicacies that one must try. Don’t miss the Korma, Rogan Josh, Mutton Kababs, Chicken Biryani, Kheema, Sabudana Khichdi, Moong Dal Halwa, Jalebi, Cashew Barfi, Kusli, Lavang Lata and more. The area is known for Bafla, a preparation of whole-grain and ‘ghee’, and ‘ghee’, traditionally followed by delicious ladoos. Also, sip into some local specialities such as Lassi and Sugarcane Juice. Other than these local and traditional flavours, one finds here, Chinese, Indian, Italian, Greek, French, Spanish, South-Indian, Rajasthani and Moglai cuisines to indulge in.