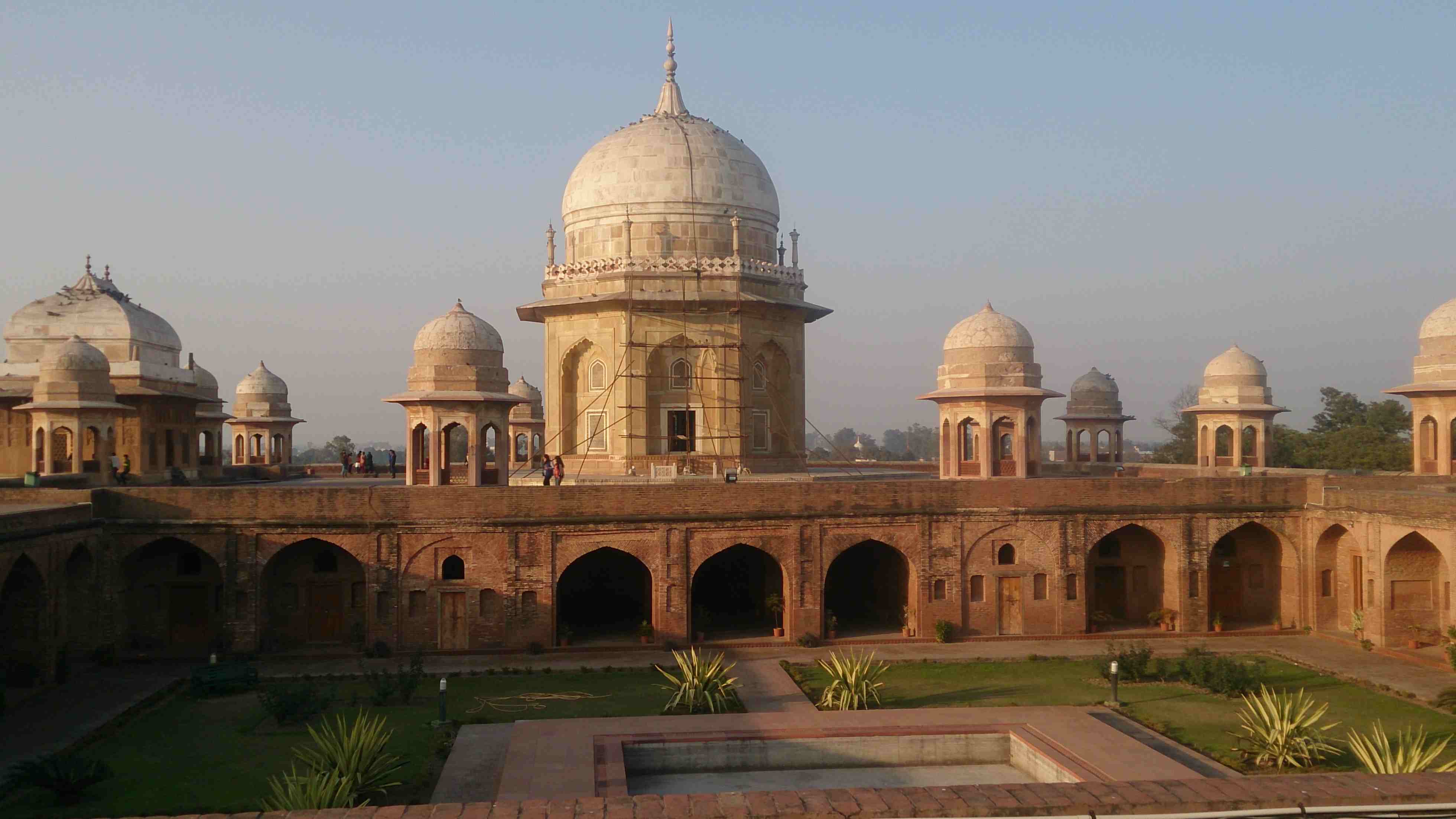 Kurukshetra at a glance :

Kurukshetra is a city in the state of Haryana. It is also known as Dharmakshetra. Kurukshetra lies at a distance of 160 km from New Delhi and about 80 km from Chandigarh. Kurukshetra is the place where good triumphed over evil through the victory of the Pandavas over the Kauravas.

How to reach Kurukshetra:

The nearest airport to the city is Chandigarh airport. From Chandigarh, you can hire a taxi to reach Kurukshetra.

Kurukshetra has its station, which is well-connected with the major cities of India.

Kurukshetra is well-connected by road with the nearby cities.

Places to visit in Kurukshetra: 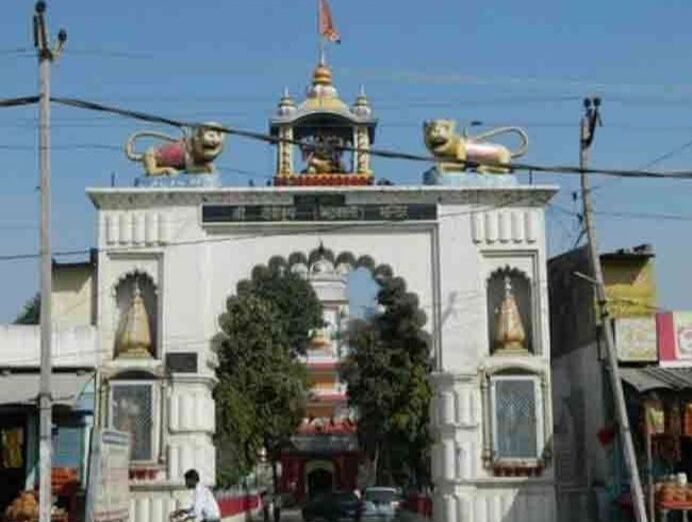 Bhadrakali Temple is the place where Pandavas were believed to perform prayers and rituals before the final battle against Kauravas. One among the Shakti Peeths, the shrine is home to Goddess Kali and her incarnations. 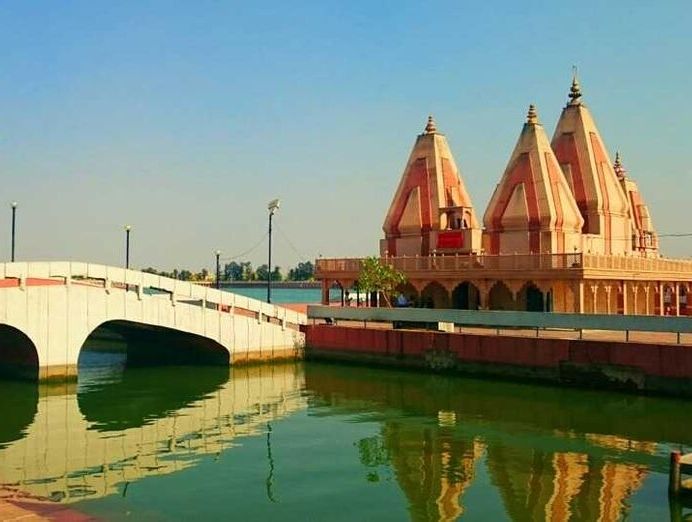 Dedicated to Lord Brahma, it is believed that Brahma created mother earth from this Sarovar. The memoirs of Al Beruni, called ‘Kitab-ul-Hind’ written in the 11th Century mentions this sacred water tank 1800 meter deep and 1400 meter wide. 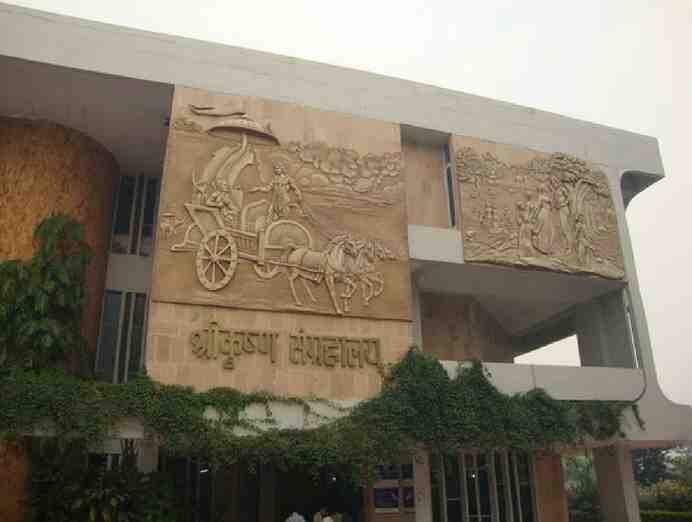 Founded in 1987, Krishna Museum houses various artefacts of Lord Krishna and Krishna’s incarnations from 1st Century AD to 11th Century AD. The museum housing six galleries also showcase the statues in the forms as described in the Bhagavata Purana and Mahabharata. 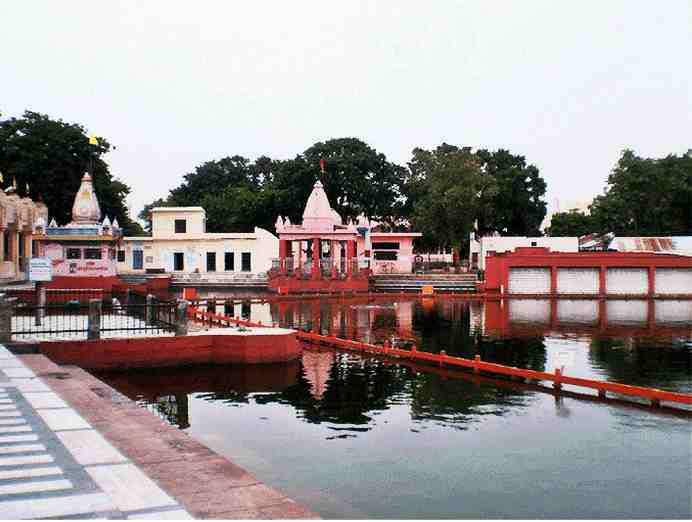 Measuring up to 550ft in width and 1500ft in height, Sannihit Sarovar is believed to be the meeting point of seven tributaries of Saraswati River and the home of Lord Vishnu. 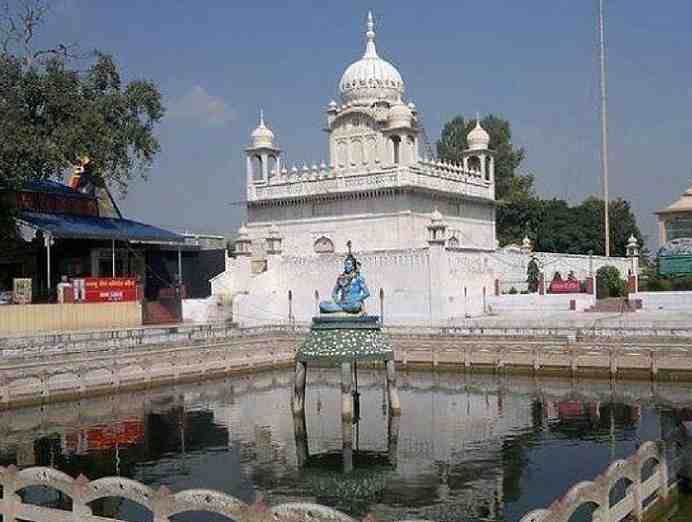 It is said that the Pandavas obtained the blessings of Lord Shiva in Sthaneshwar Mahadev Temple. The tank in the premises of the temple is believed to possess healing properties and has also healed Banasura’s leprosy.

What to eat in Kurukshetra:

Haryana’s cuisine is rich with the finest ingredients and generous use of the dairy and agricultural treasures, abundant in the area. The food here is prepared and served with generous helpings of ‘Ghee’. Milk, Ghee and Buttermilk are essential ingredients that find their way into almost every home-cooked meal. Since most of the people living here are Hindus, the food is generally vegetarian. Some of the most mouth-watering delicacies that the state has are Rajma Chawal, Aloo-Tikki, Saag Gosht, Dahi Bhalle, Kheer and are enjoyed by people all over. The other traditional preparations include Bajra Ki Khichri’ (salty, wholesome millet porridge), ‘Karhi’ (chickpea flour beaten in spiced yoghurt), Bathua-Ka-Raita (green leafy Bathua in delicately spiced yoghurt), Singri ki sabzi, Methi Gajar, Bathua Raita, Kadai Hara cholia, Rabri, Gajar ka Halwa, Laddu are also some of the preparations that represent the richness, elaborate cooking styles and distinct flavors of Haryana that one must indulge in.

Kurukshetra is an ideal place for enjoying authentic, rich and elaborate Haryanvi food and a flattering platter. Though non-vegetarian food is not available in the town, it makes up for it by offering plenty of other delicious vegetarian delicacies. The Rotis of Bajra, Wheat, Corn flour are the staple essentials. The delicacies that go with these are Singri ki sabzi, Mixed Dal, Cholia, Kadhi Pakora and countless more that form a typical North-Indian menu. The area also has the lip-smacking Punjabi cuisine, that one just cannot miss. This includes Dal Makhani, Paneer Amritsari, Kulcha, Channa-Bhatura, Chhole Bature, Rajma and lots more to relish. Also sip the local refreshing beverages made of milk such as Chaas, Lassi and Thandai.