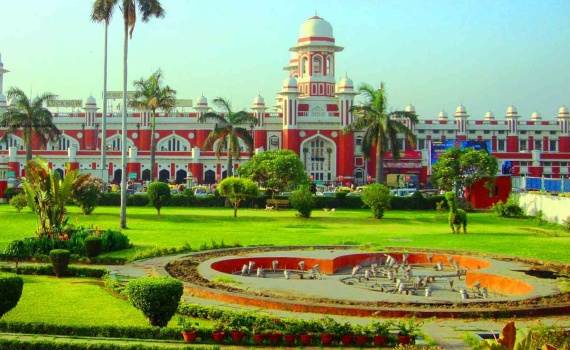 Lucknow in a glance :

Lucknow is the capital and largest city of Uttar Pradesh and is also the administrative headquarters of the eponymous District and Division.

How to Reach Lucknow:

Lucknow Airport or Chaudhary Charan Singh International Airport at Amausi is about 15 km from the heart of the city connects with the major cities of India. One can take a taxi from the airport.

Charbagh Railway Station is well connected with other Major stations of India.

Travelling to Lucknow by road from neighbouring cities is also a  better option as the landscapes are very blissful. Several luxury buses are available including state-owned buses too.

Places to visit in Lucknow 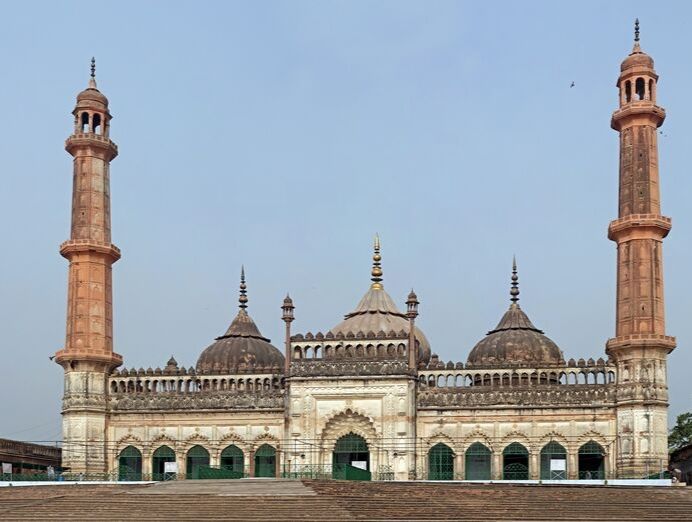 The largest arch with no supporting pillars, this structure was built in 1784 by the fourth Nawab, Barak Iamambara Asaf-ud-Daula. It is believed that the Imambara houses a large amount of treasure within.

Book your trip to Ajmer here. 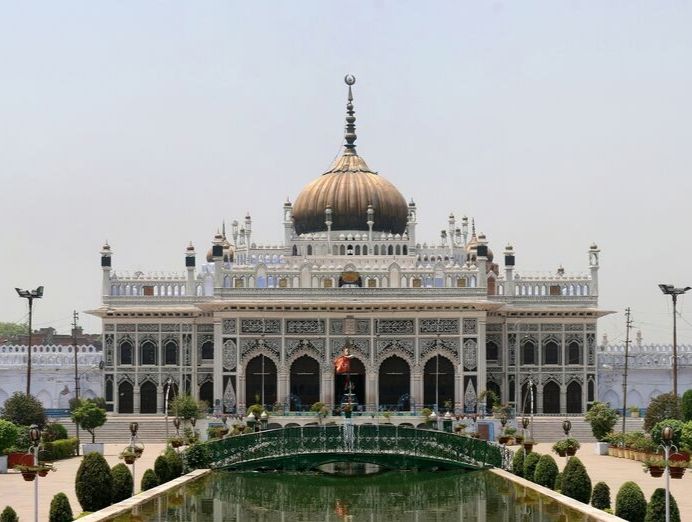 Built-in 1837, this monument with its glittering facades, golden dome, gold-bordered mirrors and silver throne is also known as the Palace of Lights. The interiors display exquisite glasswork and Arabic calligraphy, whereas the exteriors showcase a mix of Persian, Charbagh and Indo-Islamic architecture. 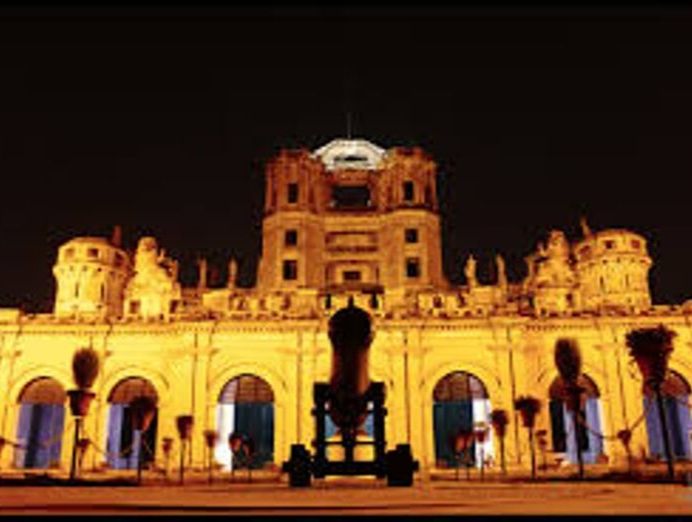 One of the historical landmarks of Lucknow with its English past, the La Martine School started in 1845. It houses the tomb of French Major-General Claude Martin as he resided there. 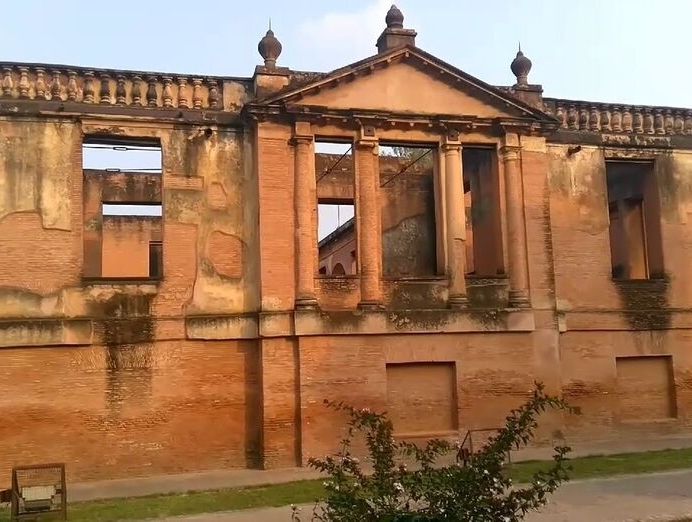 A hunting lodge converted into a summer palace for the royals, Dilkusha Kothi was built in 1800 by Major Gore in Baroque style. It faced a major impact during the first war of independence and hence lies in a less than perfect state with just a few towers and walls standing. 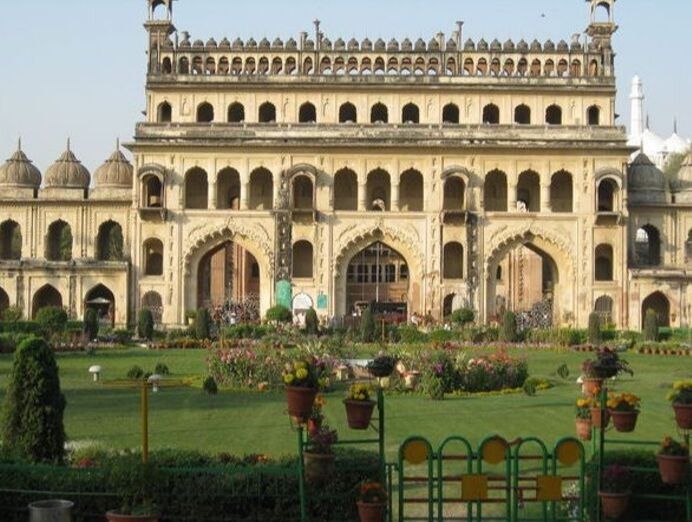 Once belonging to a French businessman Neal, Farangi Mahal was transferred to the government treasury under the royal decree, which was then developed into an Islamic school by Aurangzeb’s consultant and his brother. 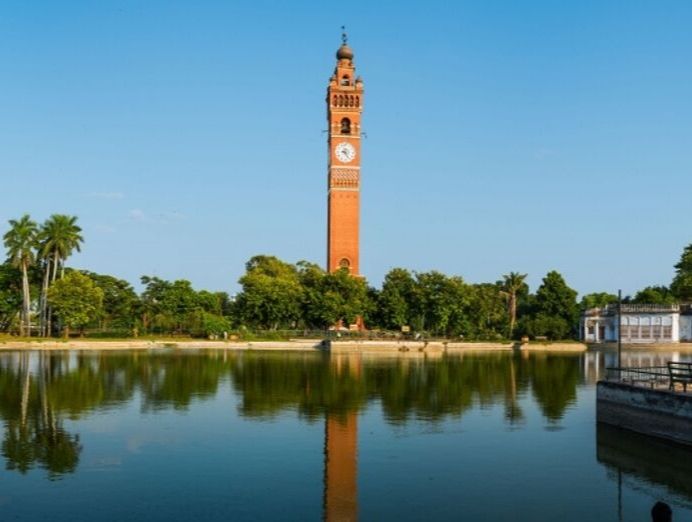 Standing tall adjacent to the Rumi Darwaza, the Husainabad Clock Tower was built in 1881 and since has been the tallest clock tower in India. It is 67 meters high, displaying Victorian-Gothic brilliance with a 14 feet long pendulum and a dial in the shape of a 12 petalled flower. 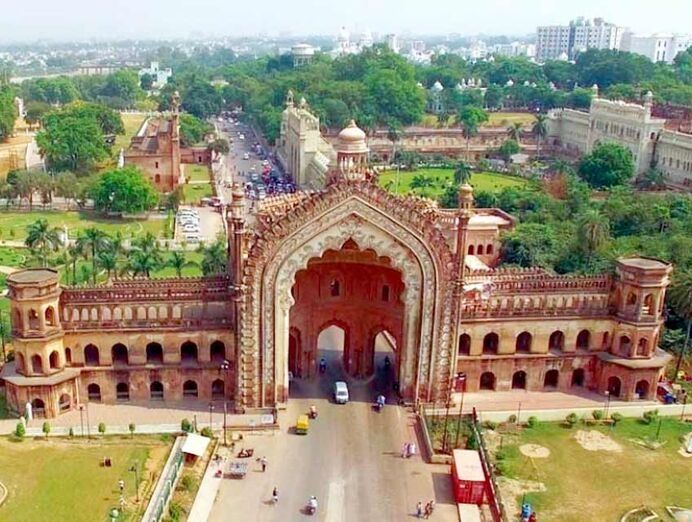 The Rumi Darwaza was built in 1784-86 and is a 60 feet high entrance, with no visible supporting fittings. It is also known as the Turkish Gate and displays an Awadhi architectural style.

What to Eat in Lucknow :

Lukhnow’s cuisine borrows much of its royalty, grandeur and elaborate delicacies from its glittering past. Its cuisine is vibrant, colourful and sparkling with a rich street food culture. Mughal delicacies like the countless varieties of Kebabs as well as Tikkas, Roomali Roti are the dishes that one mu one must try in Lucknow. They are available in various styles and versions and almost every food outlet, while the older areas of the city can offer you authentic flavours of the Mughlai food. Galouti kebabs are a very typical Lucknow speciality – extremely soft mutton kebabs made with chopped papaya. An equally lip-smacking item that you can’t miss in Lucknow is the Biryani. Other than these do indulge in Sheermal, Nahari and Kulcha, Kheer, Jalebis, Chaat, Kofta, Samosa, Qulfi, Petha, Kachori and countless other dishes.