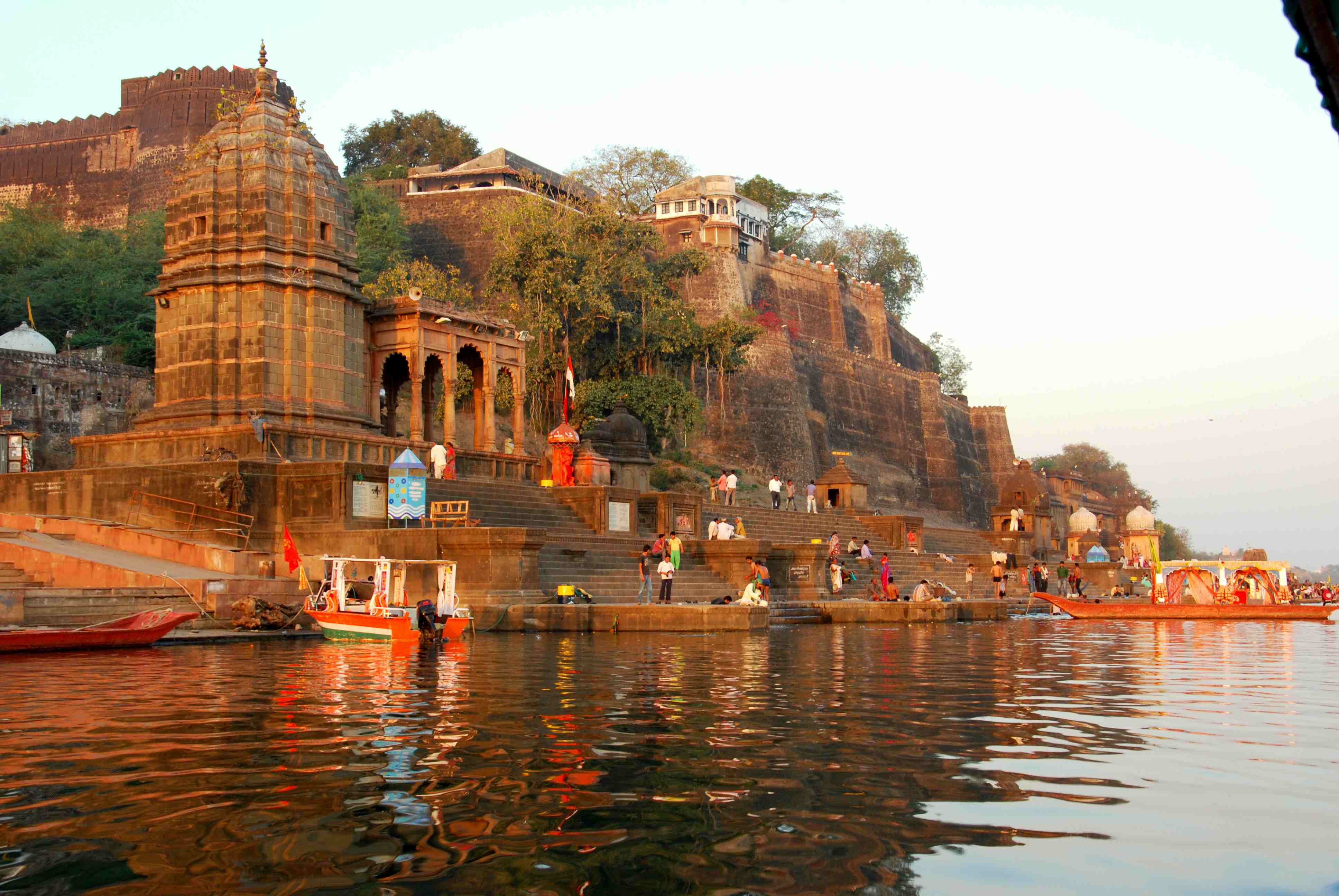 Maheshwar at a glance:

Maheshwar is a town in Khargone district of Madhya Pradesh. It is located 13 km east of National Highway 3 (Agra-Mumbai highway) and 91 km from Indore.

How to reach Maheshwar:

The nearest airport is Indore Airport. Cabs are available from the airport.

The nearest railway station is Marwaha which is 39 km away from the town of Maheshwar.

Maheshwar is well connected by road to various cities of the state, and hence it is also easy to visit Maheshwar from any part of the country.

Places to visit in Maheshwar: 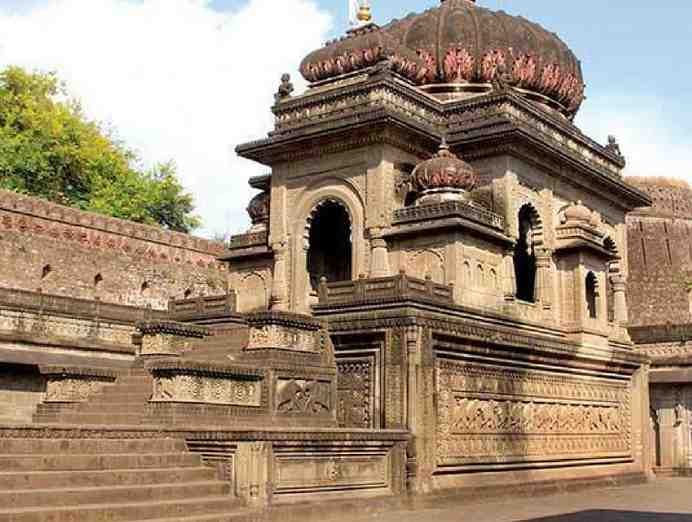 This is another temple that is dedicated to Lord Shiva. The Ahilyeshwar Temple is also a testament to the splendid architectural skills of the Maratha workmen. 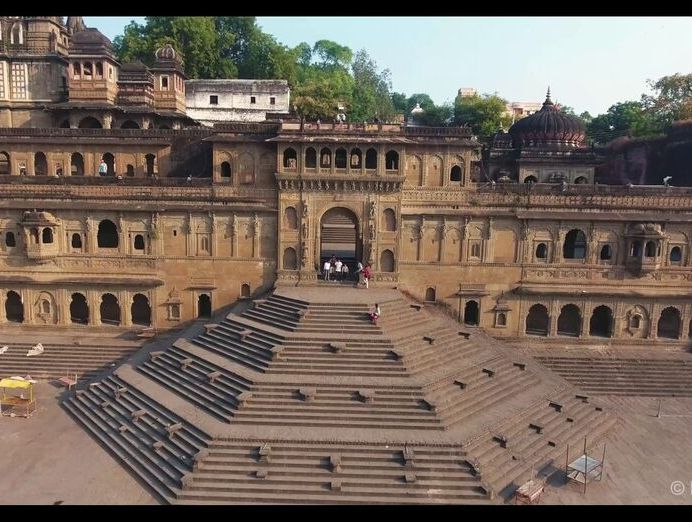 As the name precisely suggests, this was the opulent palace of Rani Ahilyabai Holkar which the reason why it is also known as the Queen’s fort. This fort was also administrative headquarter of Rani Ahilyabai during her reign and currently, it has been converted into a guesthouse, which is managed by the son of the last Maharaja of Indore, Prince Shivaji Rao Holkar. 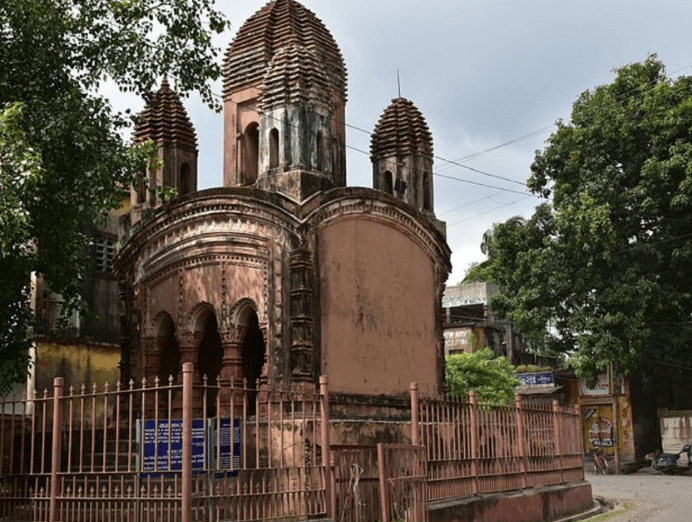 Following the trends of the various temples in Maheshwar, Jaleshwar Temple is also dedicated to the third god in the Hindu triumvirate, Lord Shiva. 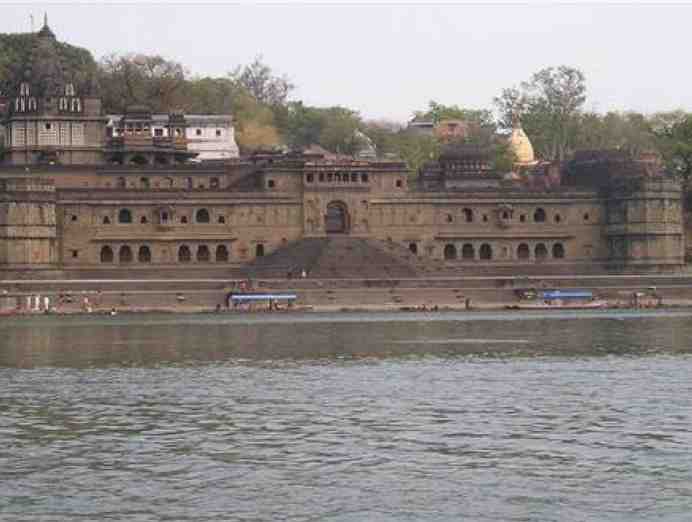 Narmada Ghat is another off-beat destination close to the town of Maheshwar surrounded with lush green environs. It is a nice spot for picnicking and to enjoy a day off from all the worries and stress one has. 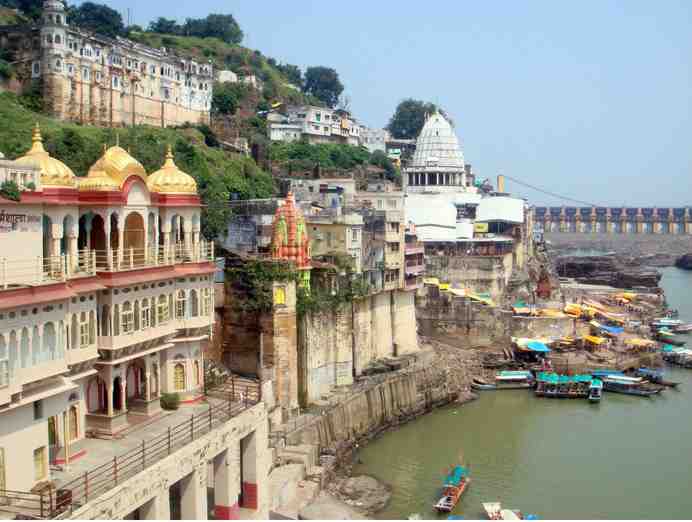 Omkareshwar Temple is regarded as one of the most pristine temples in the province of Maheshwar. It is situated in the confluence of two sacred rivers Narmada and Kaveri. 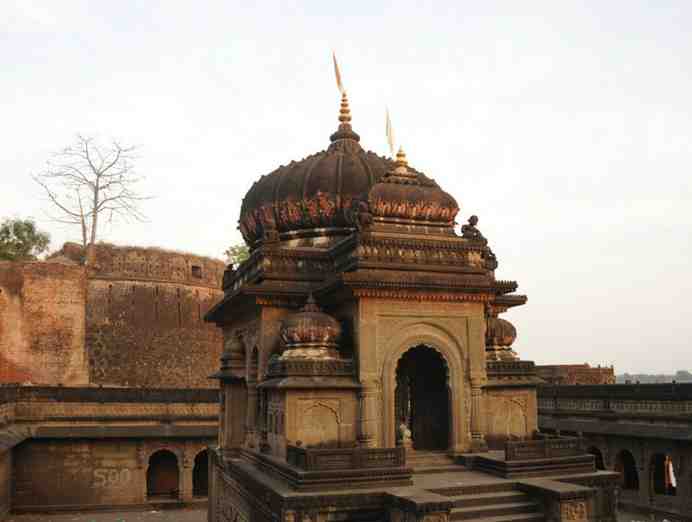 This temple, unlike others, is dedicated to Lord Vishnu, the protector of the whole universe and not Lord Shiva. Legend has it that at the end of the Dwapara Yuga, Lord Krishna incarnated on the eighth day of the dark fortnight in the holy month of Shravana.

Rajaraheshwara Temple was also constructed in remembrance of the mighty Lord Shiva. It is situated close to the Akhileshwar Temple and boasts of very rich and intricate architecture.

What to eat in Maheshwar:

There are limited eating options, so most people just end up eating at their hotel.