New Delhi in a glance :

New Delhi is an urban district of Delhi which serves as the capital of India and seat of all three branches of Government of India. Here are a few places to visit in New Delhi.

How to reach New Delhi

New Delhi is well connected to other major cities of the country via regular flights.

New Delhi is well connected to other major cities of the country via regular trains.

New Delhi is well connected to other major cities of the country via regular busses.

Places to visit in Delhi 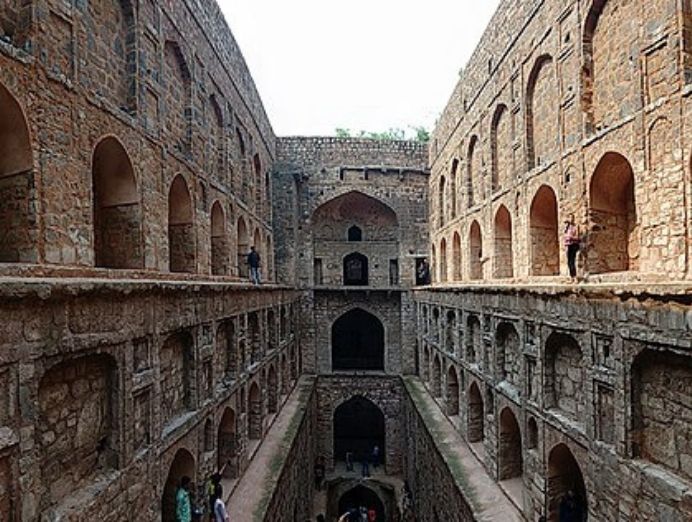 Located very close to Connaught Place, in the heart of the city, Agrasen Baoli could be missed by a bypasser. This Baoli or stepwell is named after Agrasen, the king and originator of Agrawal community.

One of the oldest markets in Old Delhi, Chandni Chowk is still an important historical site renowned for the availability of every kind of goods as well as food. It is situated opposite to the Red Fort and provides a view of the Fatehpuri Mosque. Book your weekend trip to Kausani and Nainital from Delhi here. 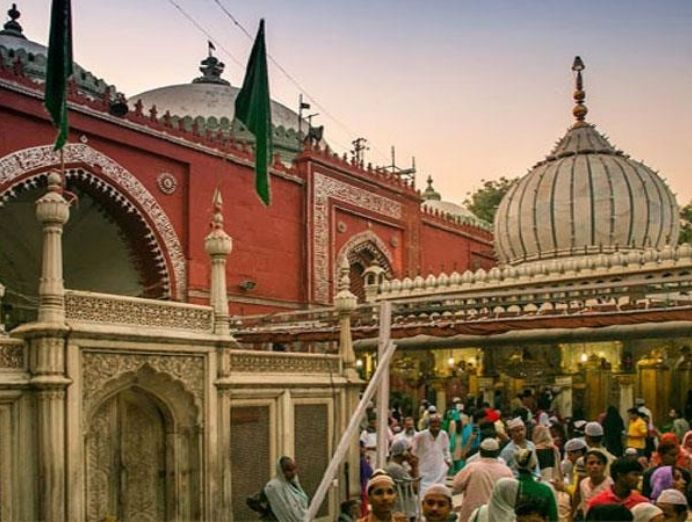 This is the holy shrine of Muslim Sufi Saint Nizamuddin Chisti. The tombs of many other people from the Mughal era are present in the same area, which surround a tank. Jahanara’s grave is also present here. 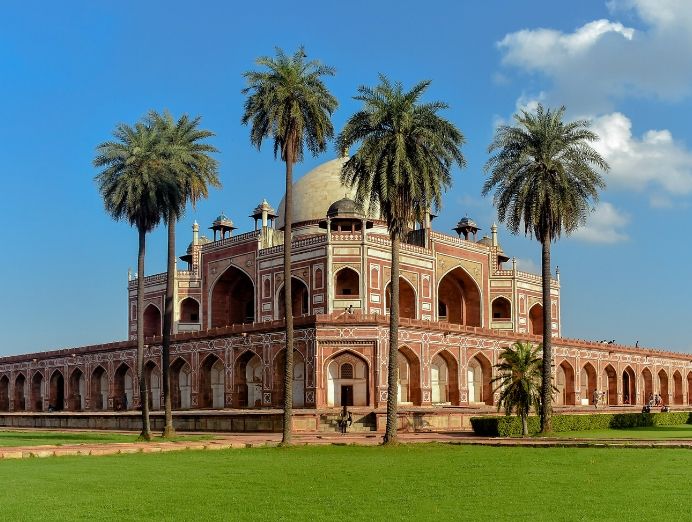 A World Heritage Site, Humayun’s Tomp is one of the most beautiful place to visit in Delhi. 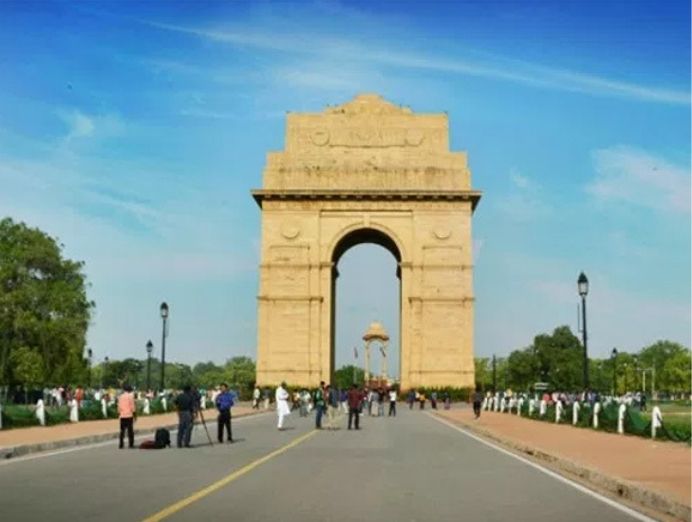 India Gate, situated in the heart of New Delhi, was designed by Sir Edward Lutyens and was established in the year 1921 and is the most iconic building of New Delhi.

Book your trip to Jim Corbett national park and Ranikhet from Delhi here. 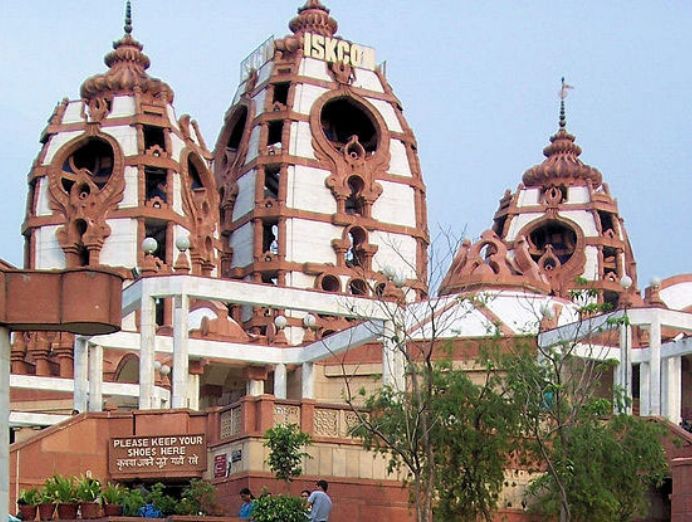 Constructed in 1998, the ISKCON Delhi Temple is a Vaishnav Temple dedicated to Lord Krishna and Radha, in the form of Radha Parthasarathi. 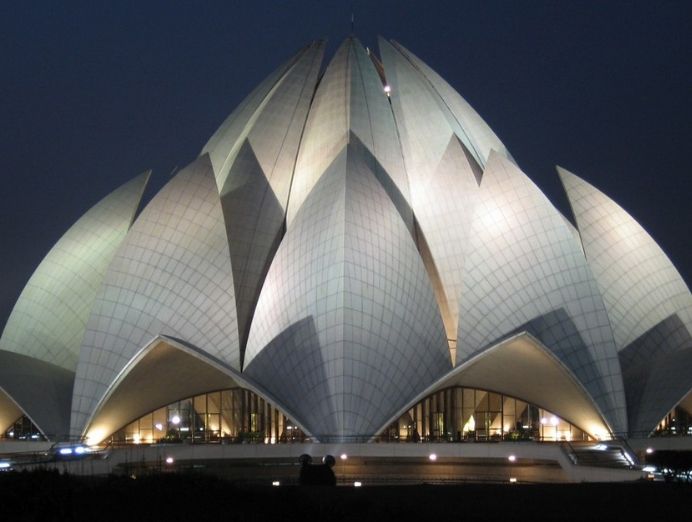 As the name suggests, this structure is built to resemble a lotus flower. It is one of the most brilliant pieces of architecture of the Bahai faith and was completed in 1986, built using marble, dolomite, cement and sand. 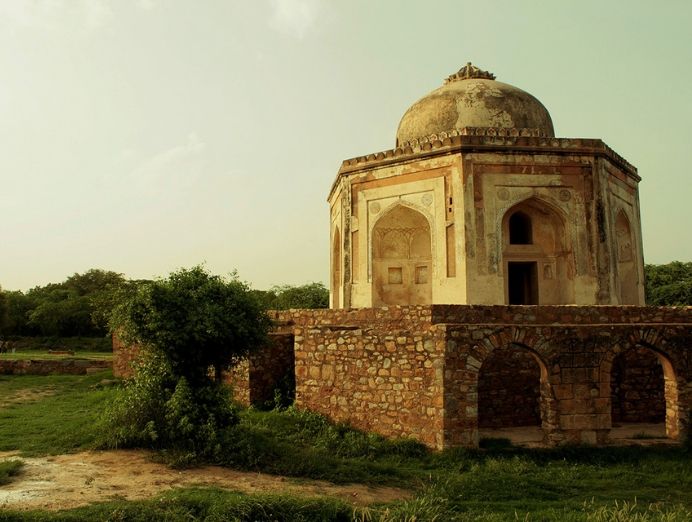 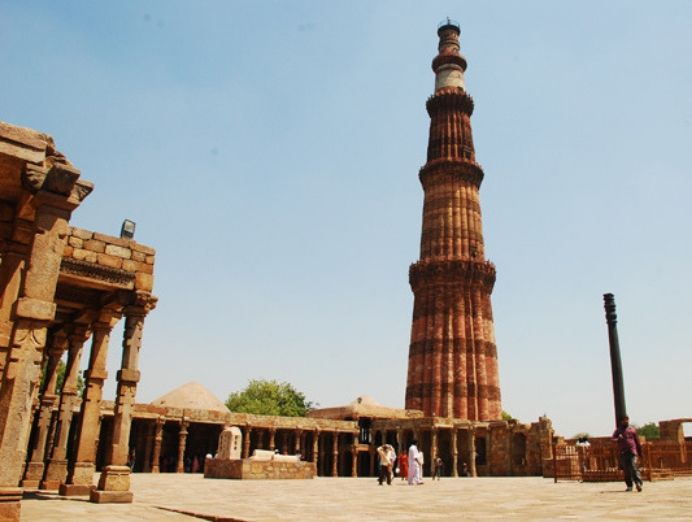 At a height of 234 feet, this minaret is the tallest individual tower in the world and is a perfect display of the Mughal architectural brilliance.

Rajghat was built in honour of Mahatma Gandhi, marking the spot of his cremation on 31st January, 1948. 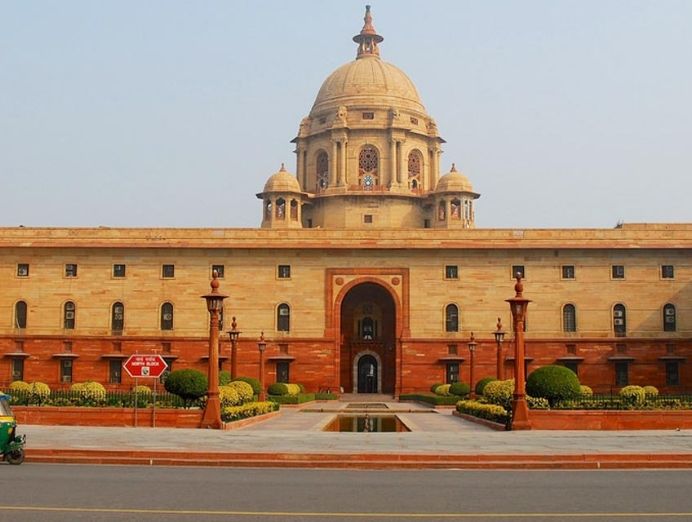 The official residence of the President of India, Rashtrapati Bhavan is a 340 room mansion with huge Mughal gardens at the back. 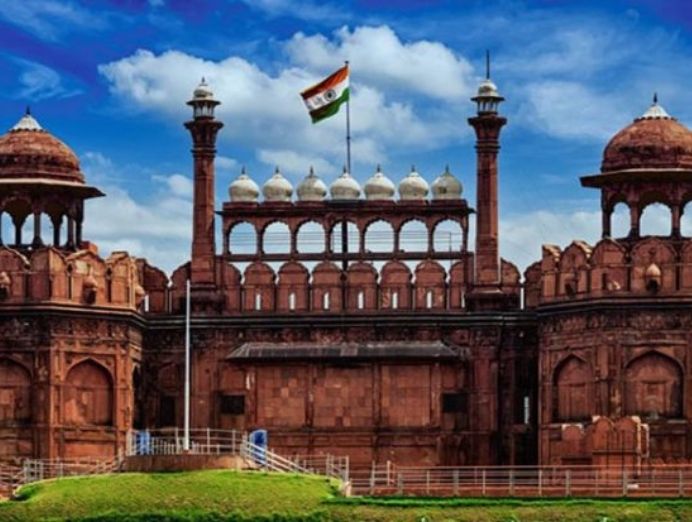 Built by Emperor Shah Jahan in the 17th century, the Red Fort Complex is a symbol of the prestigious manner of the Mughals. It has been declared as a UNESCO World Heritage Site in 2007.

Also known as the Delhi Akshardham, this temple complex was built in 2005 and sits deftly near the banks of River Yamuna.

What to Eat in New Delhi :

Delhi is a centre of heritage, architecture, history and power and what runs through its lifelines is the food here. Like in case of almost every other thing, in cuisine too, there is nothing that does not find a second home in the capital. Delhi’s food borrows flavors and elements from the past as as well as from the various cultures, religions and livelihoods it sustains. You can try out the finest dining options here with countless choices in terms of cuisine, from Chinese, Continental, Thai, Mexican, Mughal to South Indian. Another equally fine, mouth-watering and vibrant option that begins to define the food culture here is the street food. Delhi remains unseen until you have experienced the street food here. It’d be a futile effort to try and name the items, since there are countless colourful options out their all with simple legacies behind them. Walk through Old Delhi lanes to have some of the richest street foods you might ever find.