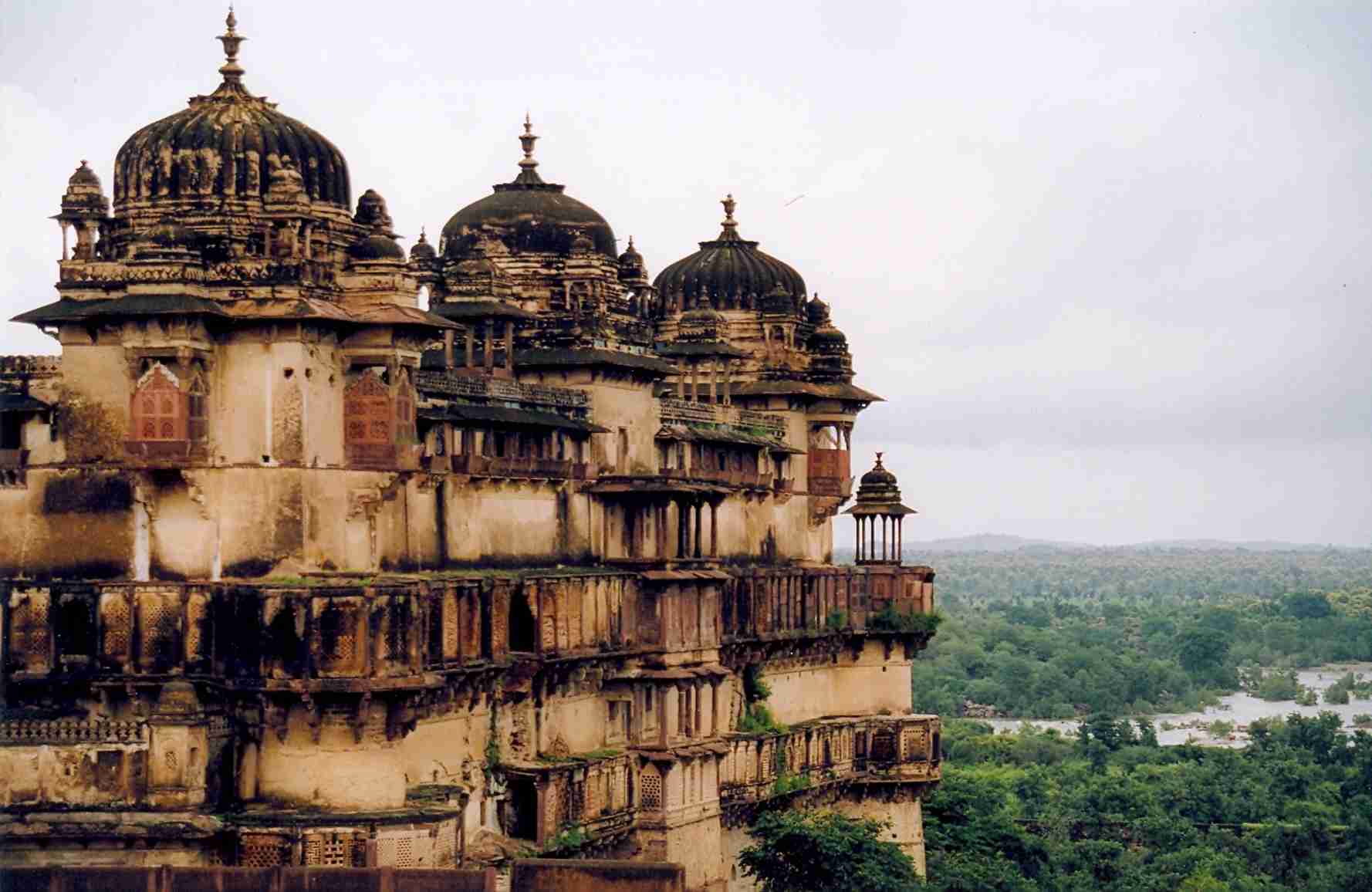 Orchha in a glance :

Orchha is a town in Tikamgarh district of Madhya Pradesh state. Orchha lies on the Betwa River, 80 km from Tikamgarh & 15 km from Jhansi in Uttar Pradesh. Here are a few places to visit in Orchha.

How to reach Orchha

The nearest airport is in Gwalior, some 140 away from Orchha.

Jhansi is the nearest bus station from Orchha and it is well connected by both state and private busses.

Places to visit in Orchha

You can head to Orchha Resort or to the Amar Mahal if you wish for a relaxing and soothing Ayurvedic massage. The charges are between Rs. 500-2000. Yoga classes are also held here on a daily basis in the mornings. 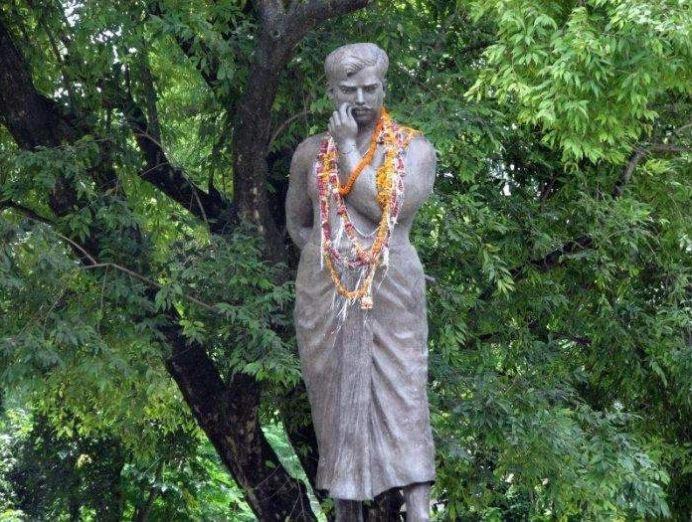 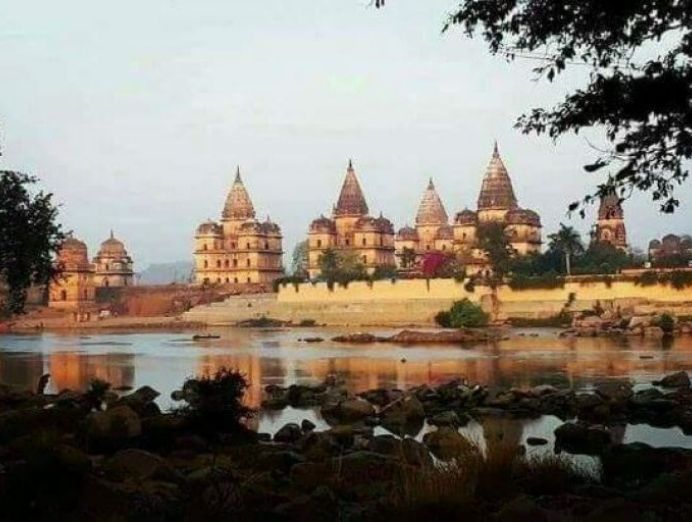 Situated on the banks of Betwa river, Chattris is a set of magnificent royal tombs of the Maharajas, placed on a platform and supported by the pillars. 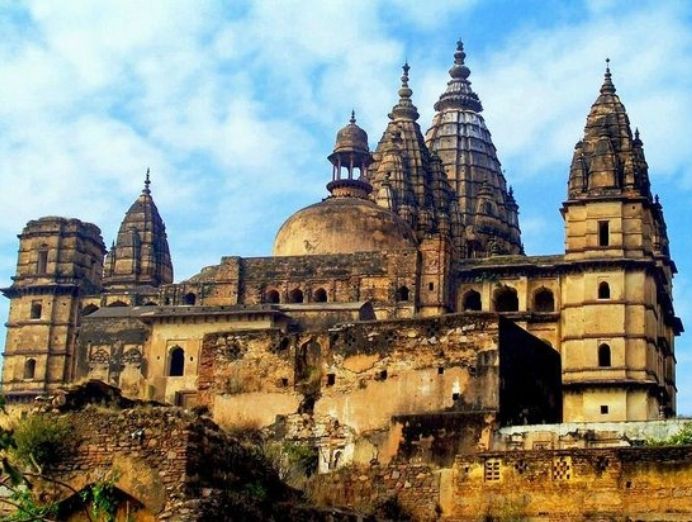 Built in 875 AD during the reign of Gurjara Pratihara dynasty, this famous temple is dedicated to Lord Vishnu. The name literally means the one with four arms, and Lord Vishnu has been referred as Chaturbhuj in various Hindu texts.

The center of trading activities, Orchha gave birth to a new class of people- the Merchants. Intelligent and influential as they were, they used their wealth to build stunning monuments which were replicas of the palaces in which the royalty lived. 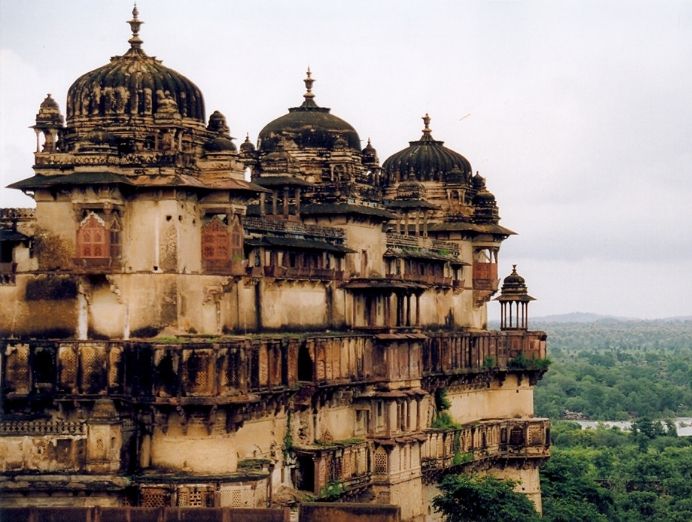 Built as be a garrison and citadel for the Mughals to allow greater control over the Bundela region, this palace was completed in 1598 by Bharath Bhushan after he defeated Vir Deo Singh of Bundela. The Lakshminarayan Temple has a unique architecture which is a blend of a fort and a temple moulds. The temple houses stunning murals which depict mythological, spiritual and secular themes( an art lover’s delight) and also a lot of post-mutiny paintings. 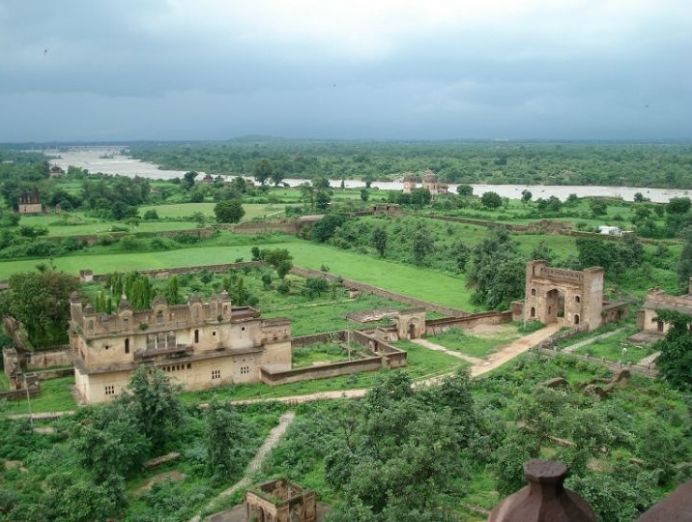 A beautiful garden complex depicting the aesthetic qualities of the Bundelas, this place has multiple fountains culminated in an 8-pillared palace pavilion.

Built during the 17th century, the Raja Mahal has withstood the test of time without losing its charm that transports you back to one of the golden eras of history. This beautiful Ram temple has an intriguing history behind it. The Idols which were supposed to be installed in the magnificent Chaturbhuj Temple were kept on the ground where this temple now stands.

Book your trip to Allepy, Munnar and Cochin here.

The Rani Mahal in Orchha is known for its stunning architecture and beautiful paintings. It was the residence of the Queen of Raja Madhukar Shah. The queen decorated her bedroom with paintings and murals depicting scenes from Ramayana and was a great devotee of Lord Rama. 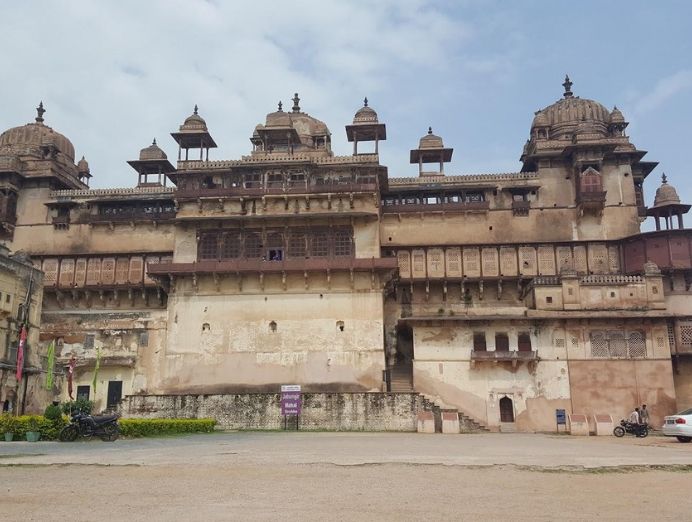 A small palace which is almost in ruins today, the air in this haveli has a quaint serenity. The ruins testify the time that has passed since Dhurjban, the son of Jhujhar resided there.

What to Eat in Orchha :

Being one of the most popular tourist destinations in Madhya Pradesh, Orchha is full of interesting cafes and restaurants. One can find Indian, Chinese, Continental and Italian cuisines here. The local delicacies that the town is known for include Kebabs, Bhutte ki kees, Mawa-Bati, Khoprapak and Ma Malpua. Alcohol is only available at selected restaurants.