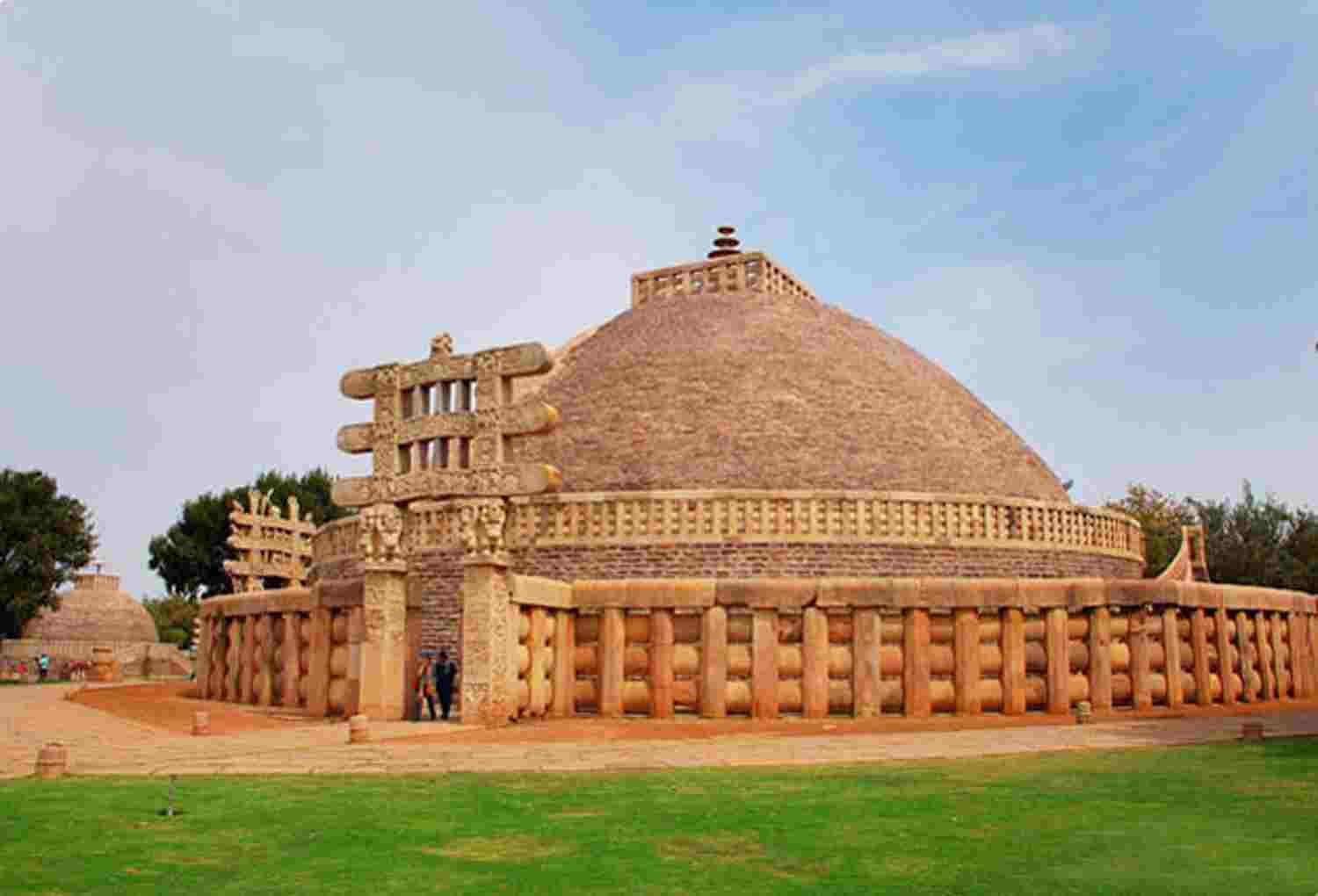 Sanchi in a glance :

Sanchi is a Nagar panchayat in Raisen District of the state of Madhya Pradesh, India, it is located 46 km northeast of Bhopal, and 10 km from Besnagar and Vidisha in the central part of the state of Madhya Pradesh. Known for its “Sanchi Stupas”, it is the location of several Buddhist monuments dating from the 3rd century BC to the 12th CE. Here are a few places to visit in Sanchi.

There is no direct flight connectivity to Sanchi. The nearest airport is in Bhopal, around 50 km away from the same. You can hire a taxi from Bhopal to reach Sanchi. A taxi will cost you around  INR 1000- 1800.

Regular bus services ply to and fro the city of Sanchi. They operate on a daily basis, whether day or night, from places like Bhopal, Indore etc. You can also take shared taxis or cabs for the same route.

Places to visit and things to do in Sanchi

This pillar was put up in the 3rd century and its structure is infuenced by the Greco Buddhist style. A remnant of Sanchi’s ancient history, this pillar still stands strong and appears newly built despite being centuries old. It also resembles the Sarnath pillar. 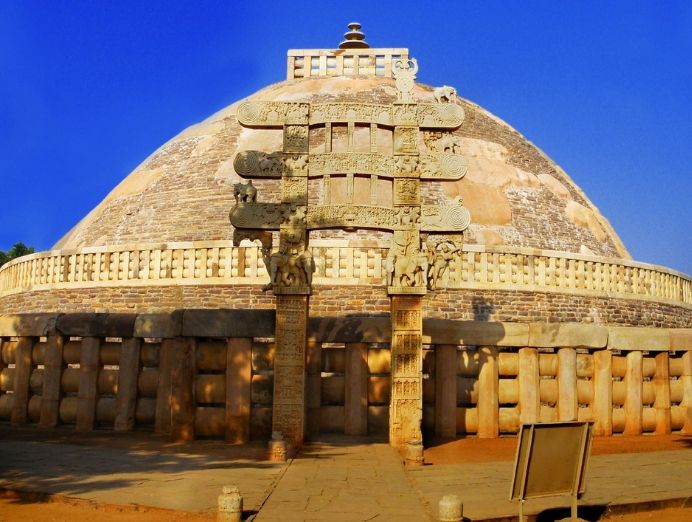 Built-in the 3rd century, the world-renowned Sanchi Stupa is a remnant of Sanchi’s glorious past. Also a World Heritage Site, this stupa speaks volumes of Sanchi’s rich cultural and architectural grandeur and the rich legacy of Buddhist aesthetics. 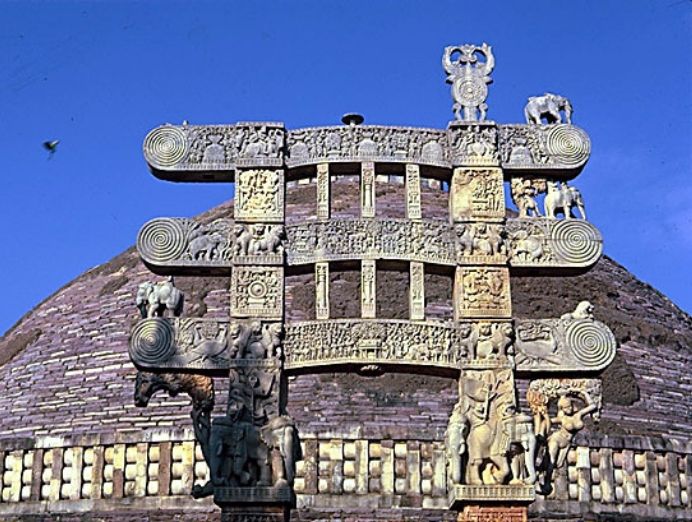 The four Gateways in Sanchi were constructed in 35 BC and they beautifully depict the different facets of Lord Buddha’s life. The Eastern gateway shows the various stages of his journey, starting from his birth as a royal to his path of enlightenment.

Book your trip to the mystical lands of Meghalaya here.

What to Eat in Sanchi

Sanchi does not have many elaborate eating places or delicacies that stand out. However, the town does foster a subtle variety and the few eating joints available here offer decent North Indian, South Indian, Chinese and Continental dishes. The local delicacies of Madhya Pradesh that you might chance upon here include Dal Bafla, Biryani, Kebabs, Korma, Poha, Rogan Josh, Jalebi, Ladoos as well as beverages like Lassi and Sugarcane Juice.