Shirdi at a glance:

How to reach Shirdi:

By flight: The Aurangabad airport is the closest airport to Shirdi. After arriving at Aurangabad, you could get a bus that drops you at Shirdi.

By road: Interstate and intrastate bus services are regularly available that can take you to Shirdi.

By train: Nearest railway station to Shirdi is Sainagar Shirdi Railway Station. It is very well connected to most major cities in the country.

Places to visit and things to do in Shirdi

The cottage is situated right opposite to Chavadi that once belonged to Sai baba’s most fervent followers, Abdul Baba. This one is small and green in color with many rare memoirs of Baba and himself. A must-visit for the collection of rare artifacts involving the two. 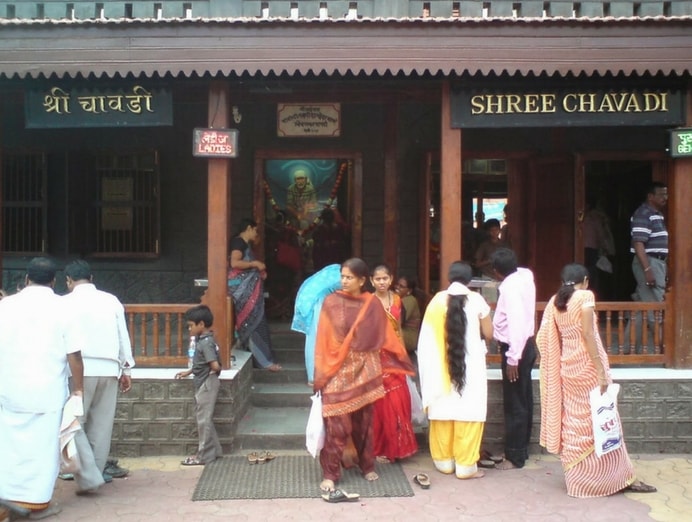 During his last years, Sai baba used to spend alternate nights at Chavadi. The place is located near Dwarkamai mosque from where the procession of Sai baba along with his followers was carried out in a palki.

The Wada museum is located in the vicinity of the Shri Sai Baba Sansthan trust that showcases vintage pictures of Sai baba with his followers. It also displays his leather padukas, long robes and a smoking pipe along with gramophone records, bathing stone, and cooking utensils, among others. 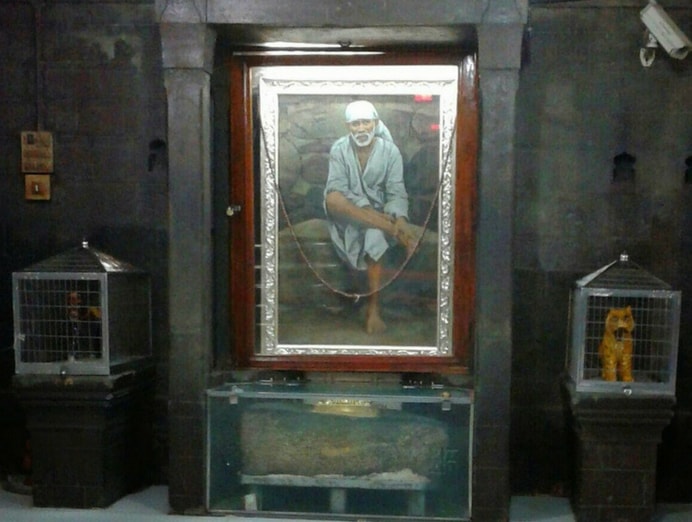 Located near Samadhi Mandir, the place is divided into two levels, the first one has two rooms with a palki in one and a chariot in the other. The second level has a huge stool constructed out of stone. 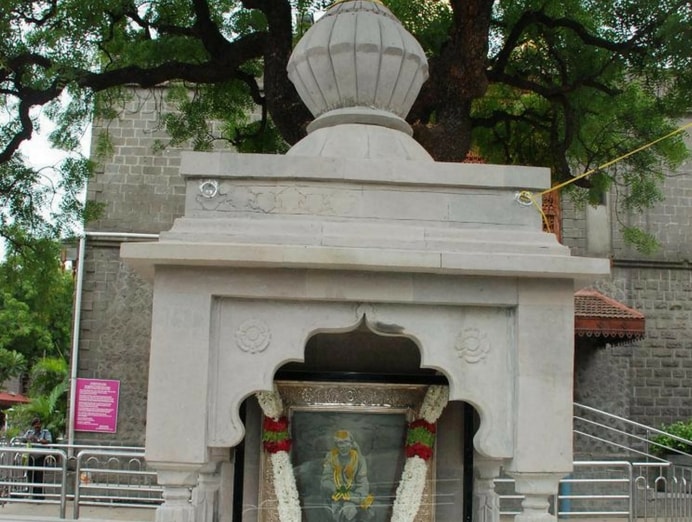 Gurusthan is the place where Sai Baba first appeared to the world as a 16-year-old boy. The place is situated under a Neem tree. It also has a shrine on which Sai baba’s portrait is placed with a Shivalingam and the Nandi bull right in front of it. 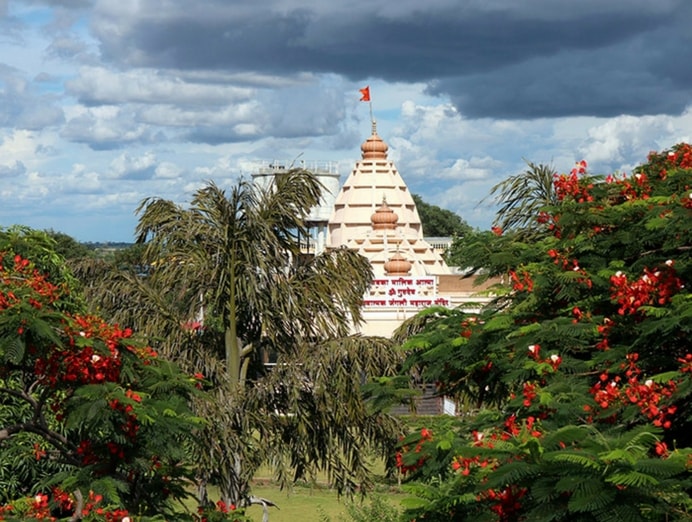 Located on Shirdi-manmade state highway, the ashram is 7kms away from Shirdi. Managed and maintained by Spiritual Guru Om Gurudev, it is also a co-educational residential school for children. 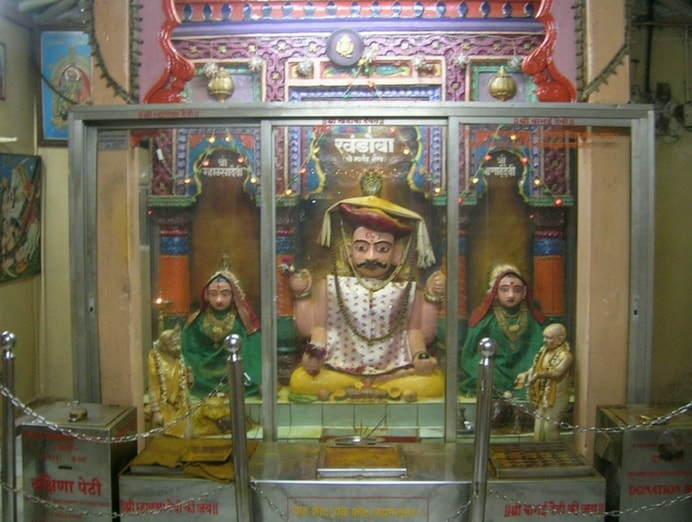 The temple is situated on the main road with the icons of Khandoba, Banai and Mhalsai. The temple is dedicated to Khandoba, the presiding deity of the town.

The beautiful garden is situated at Shirdi-Manmade State highway. Sai Baba used to spend a lot of his time here watering the plants daily in the mornings and evenings. Samadhi Mandir is owned and constructed by a millionaire from Nagpur, who was an ardent devotee of Sai Baba. The devotee wanted to install an idol of Lord Murlidhar and therefore Sai baba declared himself as one. 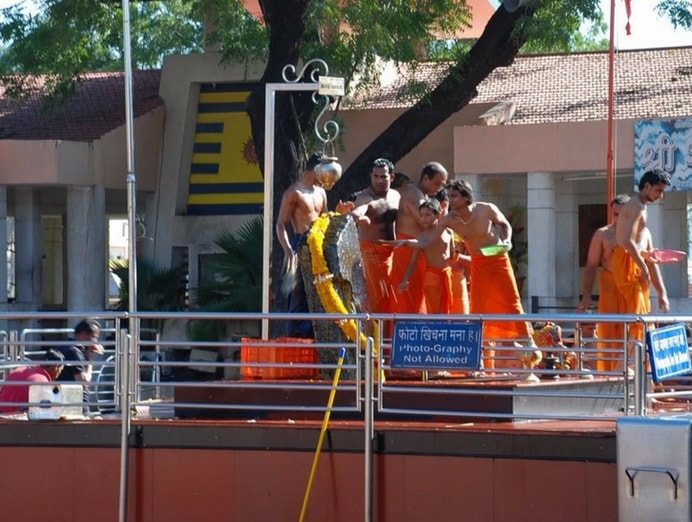 One of the most interesting villages of Maharashtra, this one has no doors in any of the houses or shops to its name. People, here believe that their Lord Shaneshwar is always protecting them from all the evils. 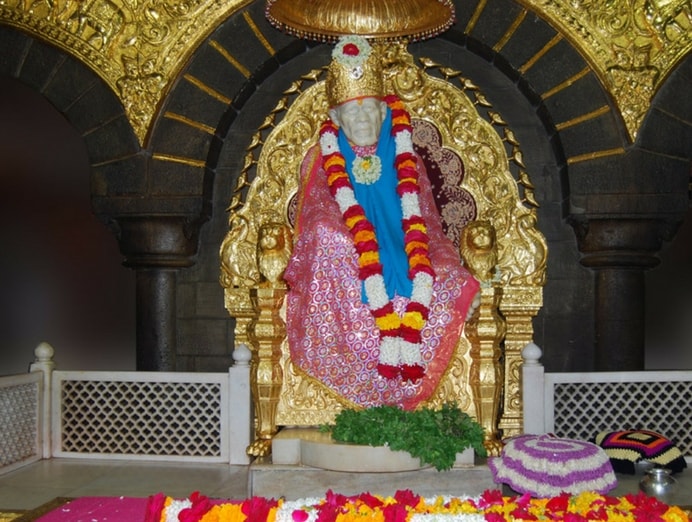 The Sansthan Temple is one of the most famous and significant shrines in India. Dedicated to Sai baba, Devotees can avail all facilities of a holy place from darshan lines, donation counters, prasad lines, railway booking counters to dining halls. 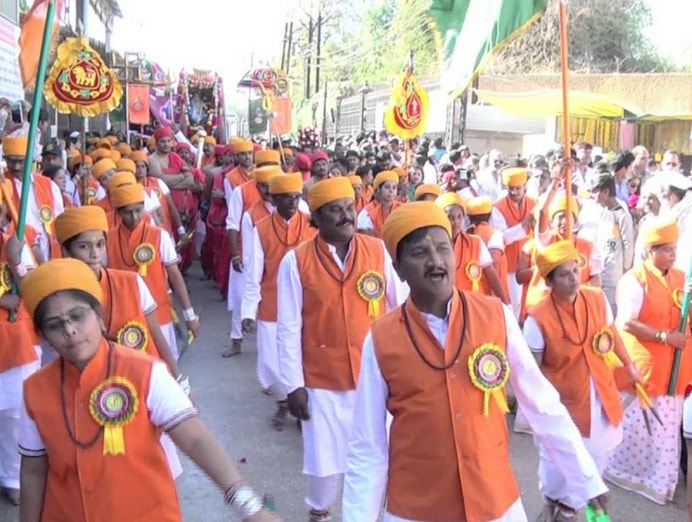 During the days when Sainath lived alternate nights in Chavadi, he was taken there in a palki procession from Dwarkamai masjid. The same procession that took place then is also carried out even today on every Thursday with the same excitement and veneration. 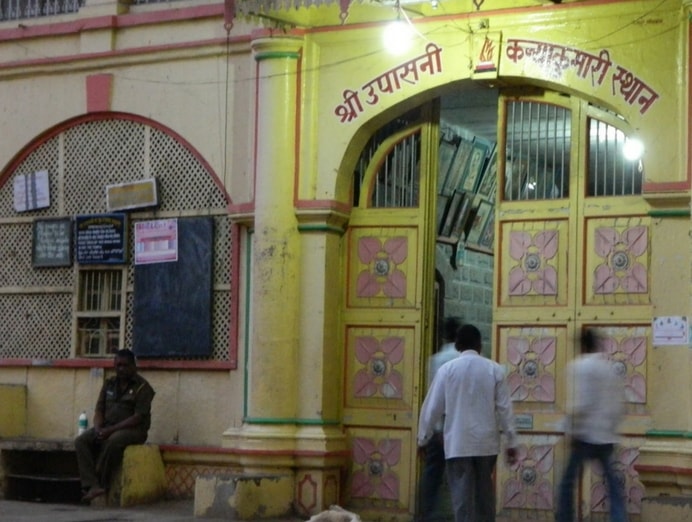 The ashram is of a saint of the 20th century, named Upasani Maharaj. He was an ardent disciple of Sai Baba. Situated off the Shirdi-Ahmednagar State highway, the ashram contains the samadhi of the Maharaj and one of his disciples.

What to Eat in Shirdi :

A variety of cuisines are liberally dotted in Shirdi. From Gujarati Thali to Maharashtrian, South Indian and Continental, one can get almost every cuisine style. Being a temple city and a significant religious center, the food served here is generally vegetarian. One must also try the refreshing ing and delicious Guava and Pomegranate juices available all around the town. You can also have the unique and rare experience of enjoying the food cooked in the world’s largest solar cooker here. Other than these, there are a number of sweets available here such as Ladoos, Bundi and lots more to savor.